It’s impossible to stay indifferent contemplating an ancient Asian temple. There is something magical about the religious buildings in Asia. A strong spiritual presence combined with impressive architecture that makes us unable of moving our eyes away from them.

Continue to read to discover our selection of some of the most magnificent ancient structures you can find in Asia.

This asian palace is one of the most recognizable buildings in the entire world. It used to be the winter home to the Dalai Lamas from the 17th century to 1959. Nowadays, the Potala Palace is a museum, containing  material evidence of incalculable value related with the Tibetan history. Among this material evidence, we can find tens of thousands of diverse cultural relics (it is told that it has 1000 rooms with personal belongings of at least 5 Dalai Lamas!),  some of the best Tibetan art, and magnificent wall paintings.

Standing 13 stories tall with 1,000 rooms, 10,000 shrines and 200,000 statues, the Potala Palace in Tibet is a magnificent ansient structure inside out. At over 12,000 ft (3,700 meters) above sea level, this impressive palace also holds the record of being the highest located palace in the world. Even though it´s not the home to the Dalai Lama anymore (he lives in Dharamshala, India), it is still a must-visit! 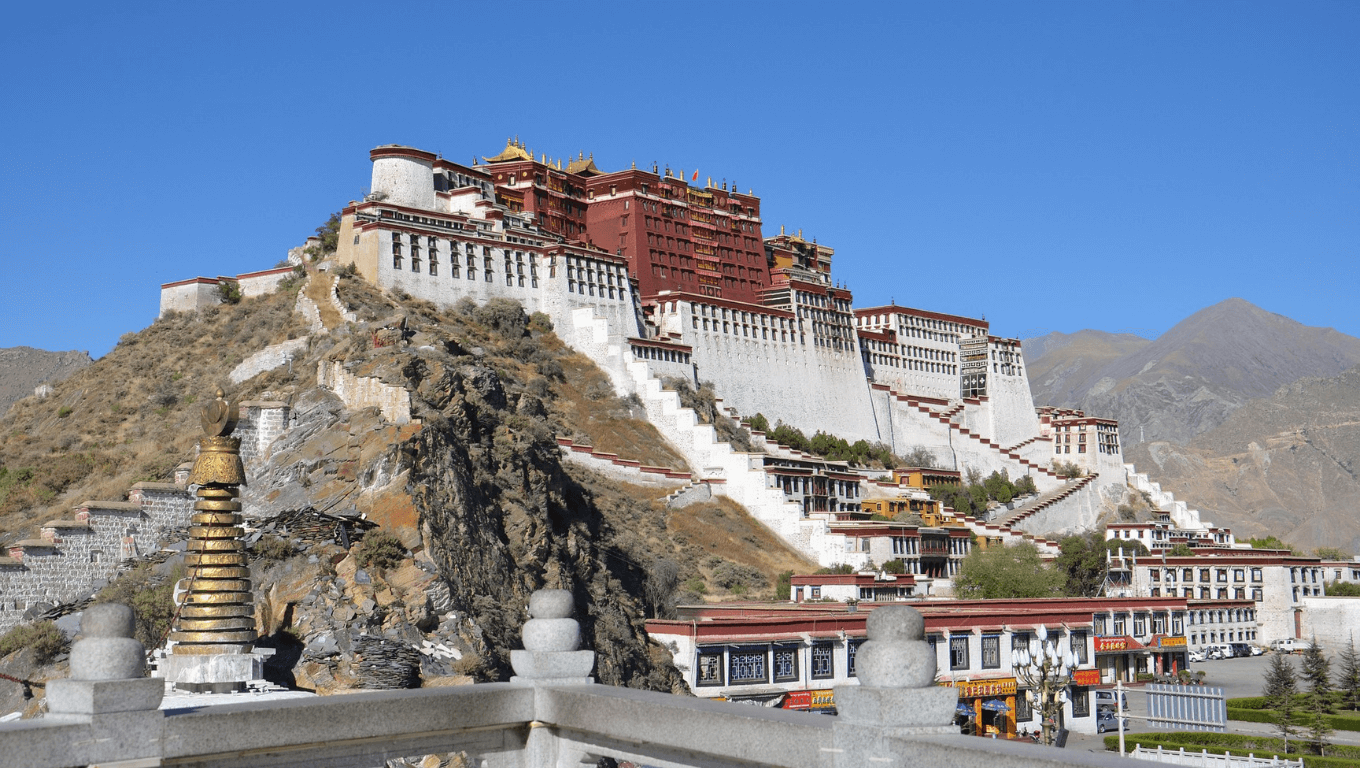 This monastery, locally called Taktshang Goemba and also known as Paro Taktsang or Tiger’s Nest, is one of Bhutan’s most iconic buildings and one of the major sacred sites in the entire region. One of the most impressive things about this historical construction is its location: the temple is located on the edge of cliff 900m/3000ft above the valley’s floor in western Bhutan, and it’s only accessible by a two-hour hike.

The Tiger´s Nest Monastery was built in 1692 around a cave where Guru Rinpoche stayed and meditated for 3 years, 3 months, 3 days and 3 hours in order to overpower the evil demons living inside the cave, during the 8thcentury. 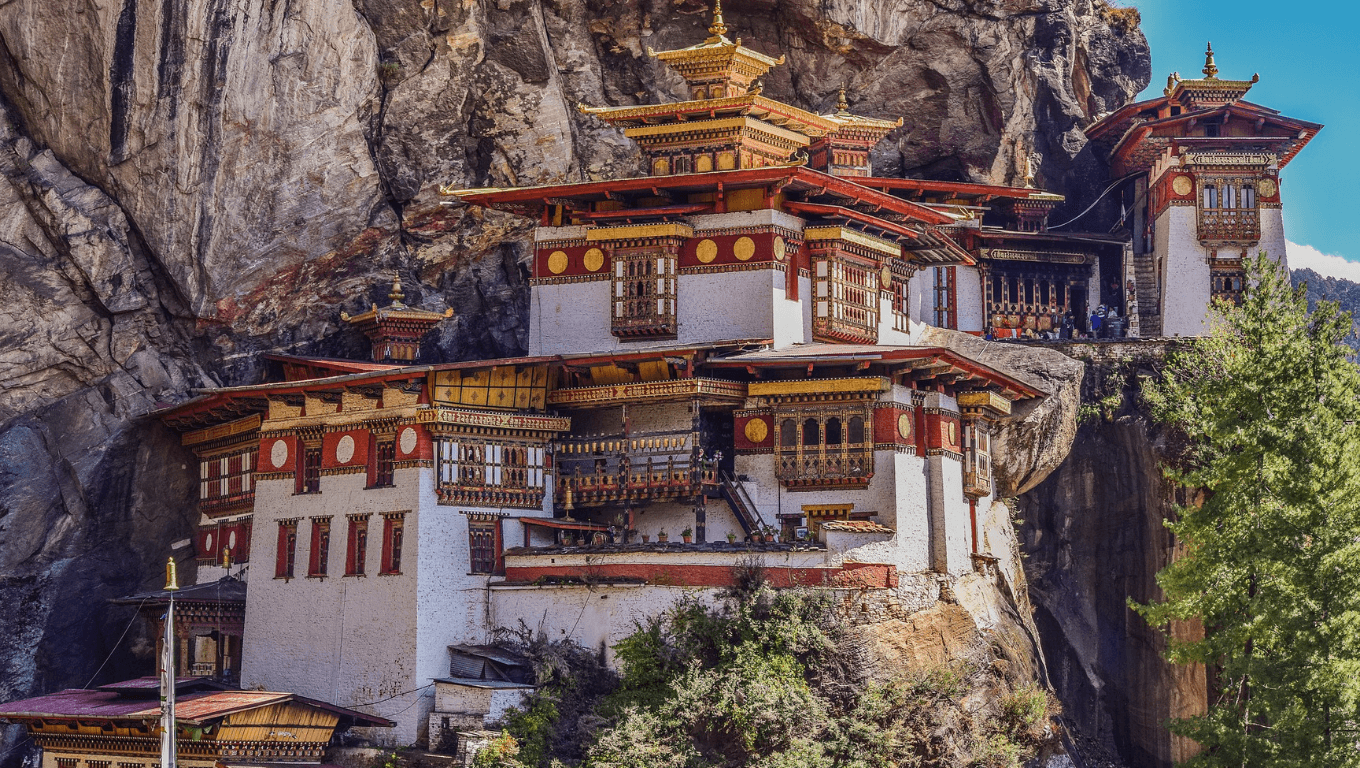 The 1400-year-old Hanging Monastery is one of the most impressive constructions you’ll ever seen. As its name indicates, it’s a monastery that looks like it is hanging in a cliff, looking like something you would only see in a Indiana Jones movie.

This impressive ancient construction is just a few hours south of Beijing. The Monastery is built into a cliff more than 50m above the ground, to protect it from the floods that often happens in the area.

It is said to be the only Monastery in China that has a combination of the three traditional Chinese religions – Buddhism, Taoism and Confucianism, holding a very strong spiritual connotation. 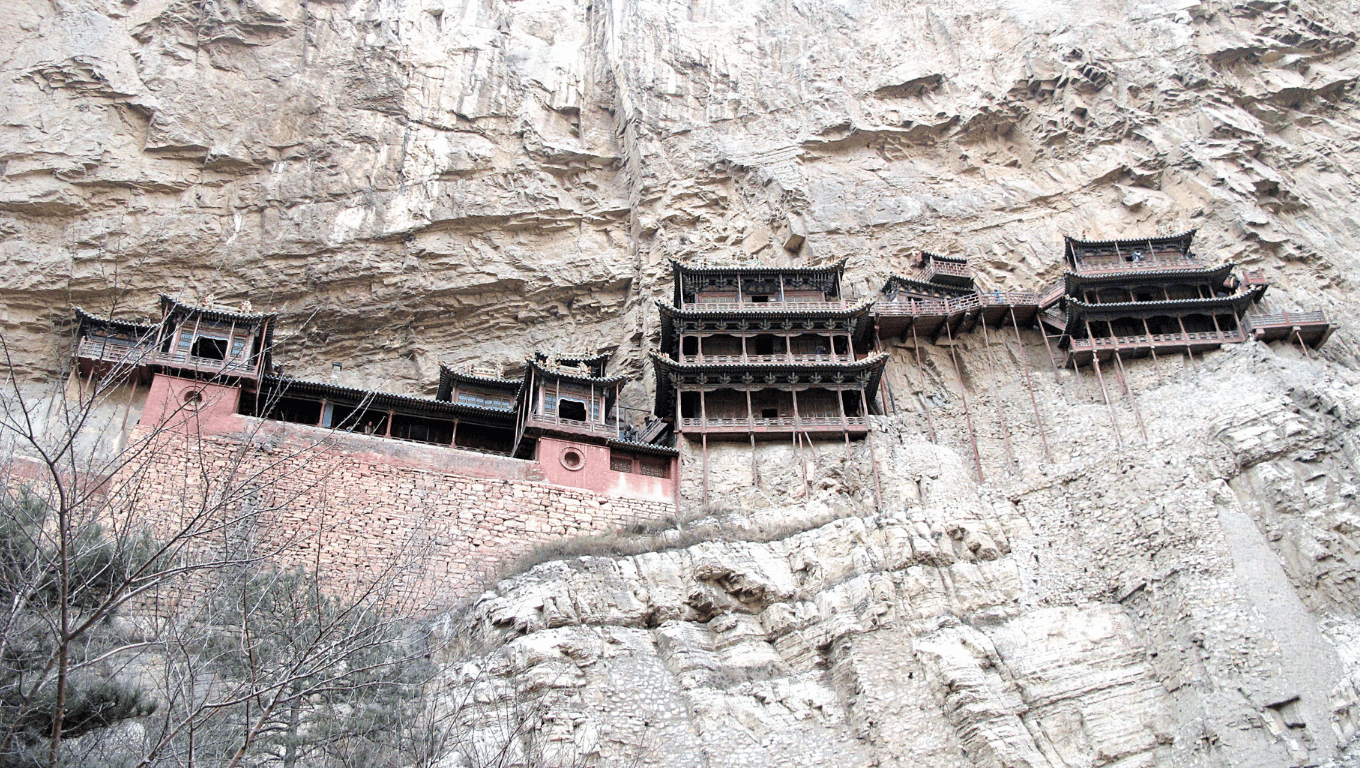 This historical construction was built by Emperor Shah Jahan in memory of his third wife, and has become one of the most ambitious architectural designs ever created in the world and one of India’s most visited tourist destination. Its construction took about 21 years to be completed and thousands of artisans and craftsmen were needed.

According to legend, Shah Jahan had planned to build another Taj Mahal in black marble on the other side of the river, however, his plans were interrupted. Standing at over 171 meters (561 ft) high, it’s said that it combines elements from Turkish, Ottoman, Persian and Indian architectural styles. One interesting curiosity is that Taj Mahal is perfectly symmetrical from all the four sides. 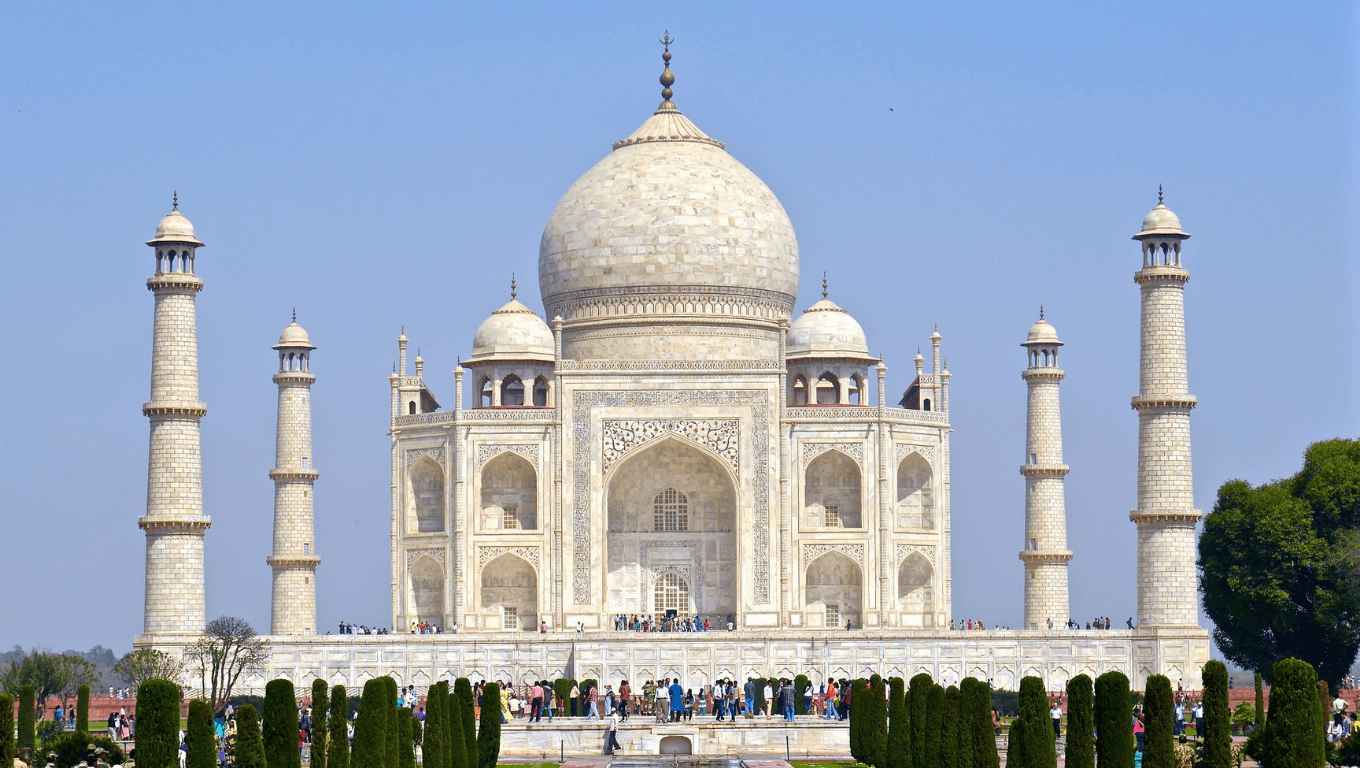 Located in the centre of Beijing, the Forbidden City was the imperial palace from the Ming Dynasty to the end of the Qing Dynasty. The Forbidden City was named such because it was forbidden for any commoner to enter. Built in 1406 to 1420, this impressive construction consists of 980 buildings and covers  7,800,000 sq ft (720,000 sq meters). Two giant lion status guard the entrance to the inner palace.

One has a silk ball under its paw which represents power, the other has a cub that represents life. If you pay attention, you’ll notice that all the rooftops in the Forbidden City are finished with yellow glazed tiles. This is not random, but a careful choice, once yellow is the official color of the Chinese emperor. 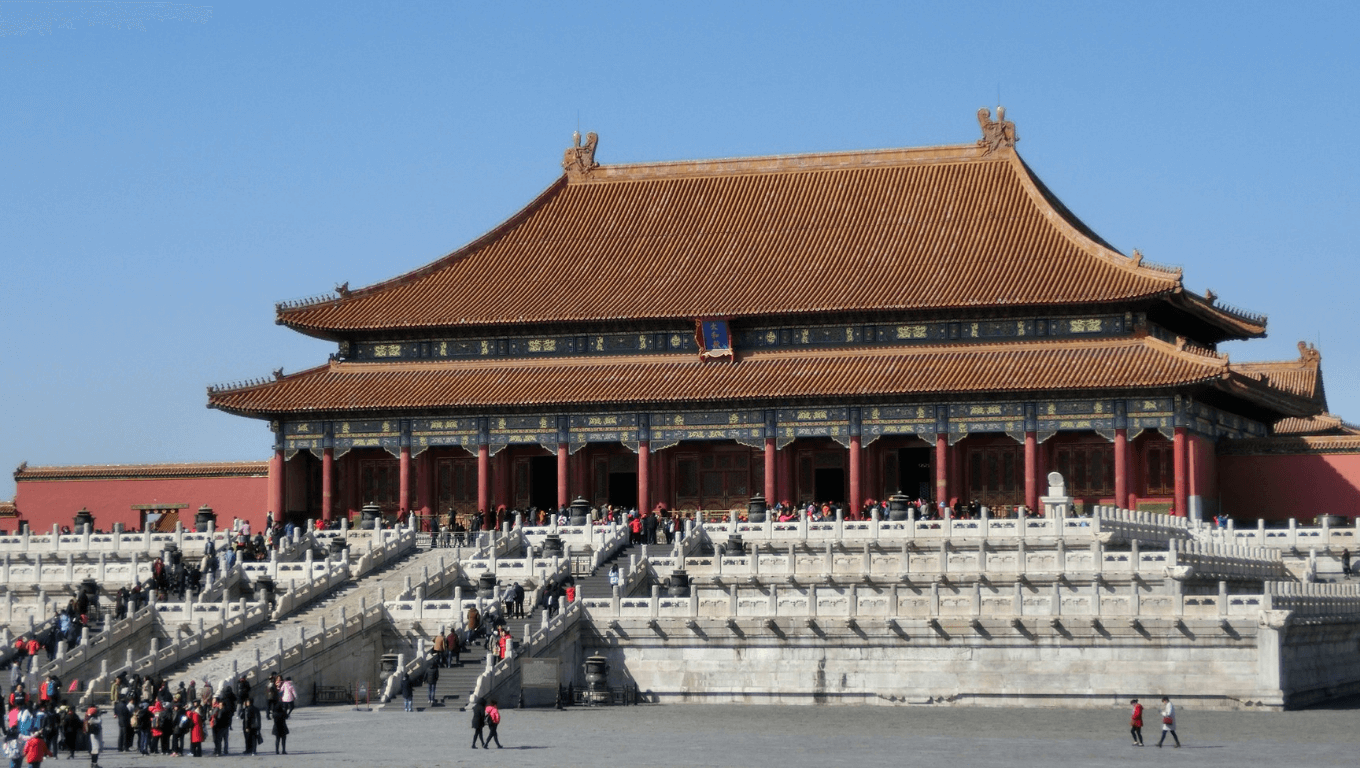 The Temples of Angkor attract around 2 million visitors annually. It is said to be the world’s largest single religious monument stretching over more than 248 sq miles (400 sq km). The main temple, Angkor Wat, was built in the early 12th century by King Suryavarman II. The temple is the heart and soul of Cambodia and is even featured on the country´s flag. If you every have the chance to visit Cambodia, you truly have to visit the Temples of Angkor. In fact, they were even voted on Lonely Planet as the world’s number 1 site. 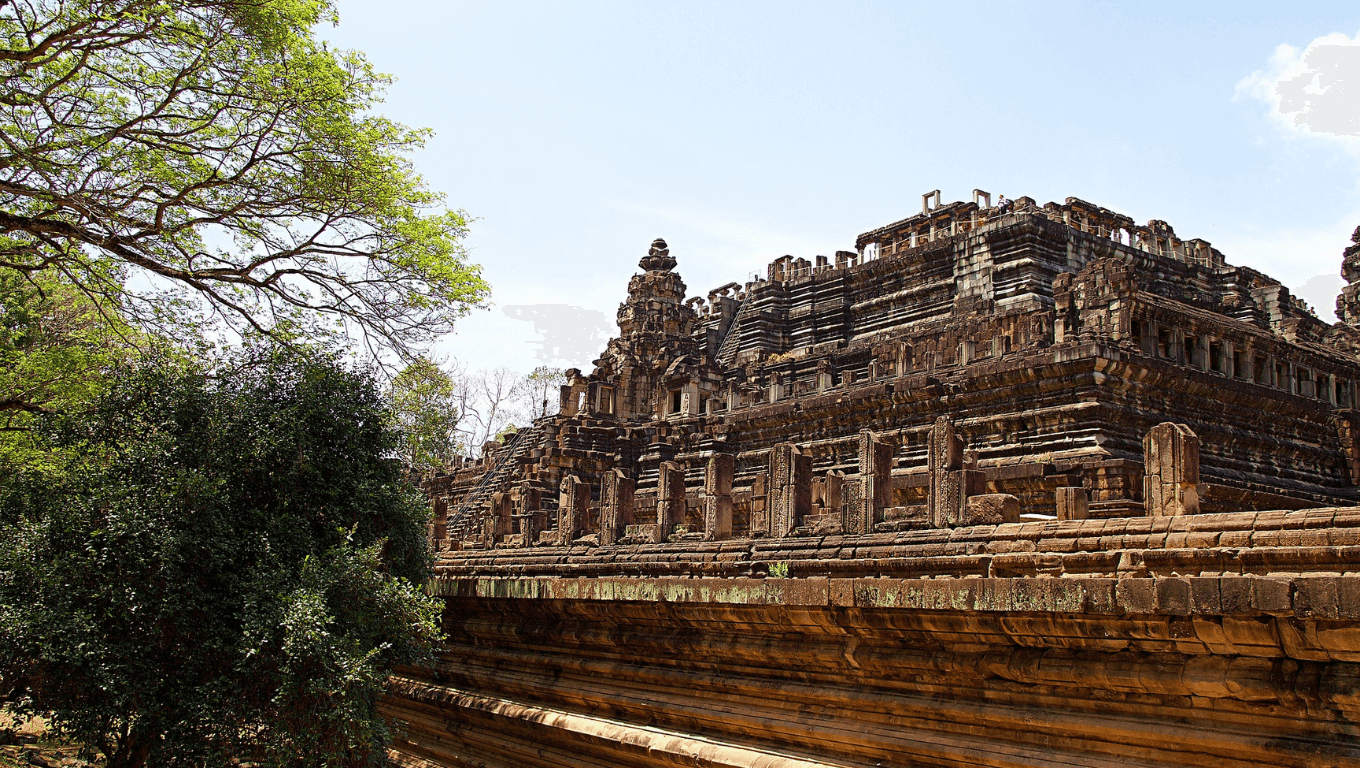 The Golden Temple in Amritsar is the holiest of all Gurdwara (Temple). It is to Sikhs what Mecca is to Muslims, Jerusalem is to Christians and Lumbini is to Buddhists. An absolute must-visit for every history lover! 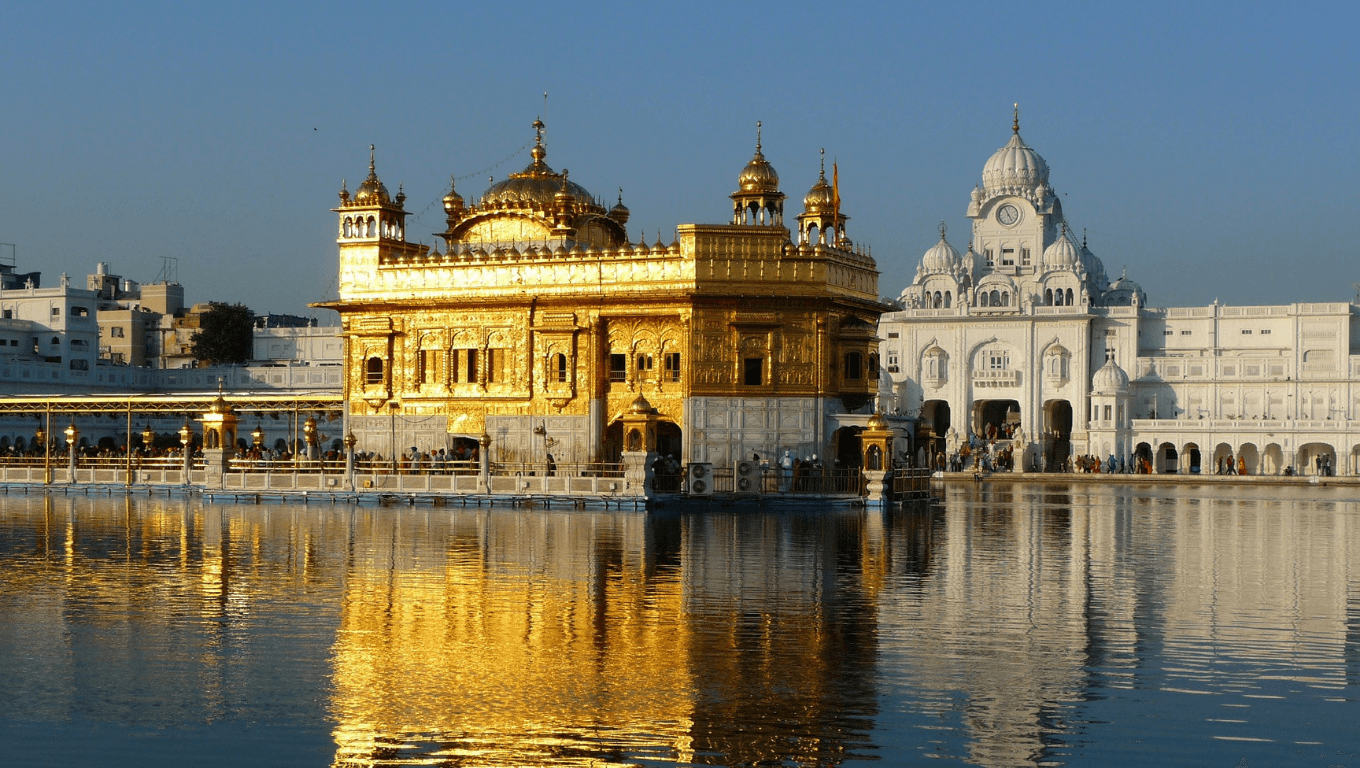 Borobudur at the Island of Java in Indonesia is the single largest Buddhist structure anywhere on earth. The temple holds nearly 2,700 relief panels and 504 Buddha statues and it’s famous for its amazing sunrise and for its many tourists. It has been estimated that Borodubur took 75 years to be completed. This historical construction has gone through tremendous restorations and is now Indonesia’s most popular tourist destination and has even made it into the Guinness Book of World Records as the world’s largest Buddhist archaeological site.

This UNESCO World Heritage site was designed and constructed during the reign of the Sailendra Dynasty. Its architecture combines indigenous ancestor worship elements with the quintessential Buddhist concept of Nirvana. 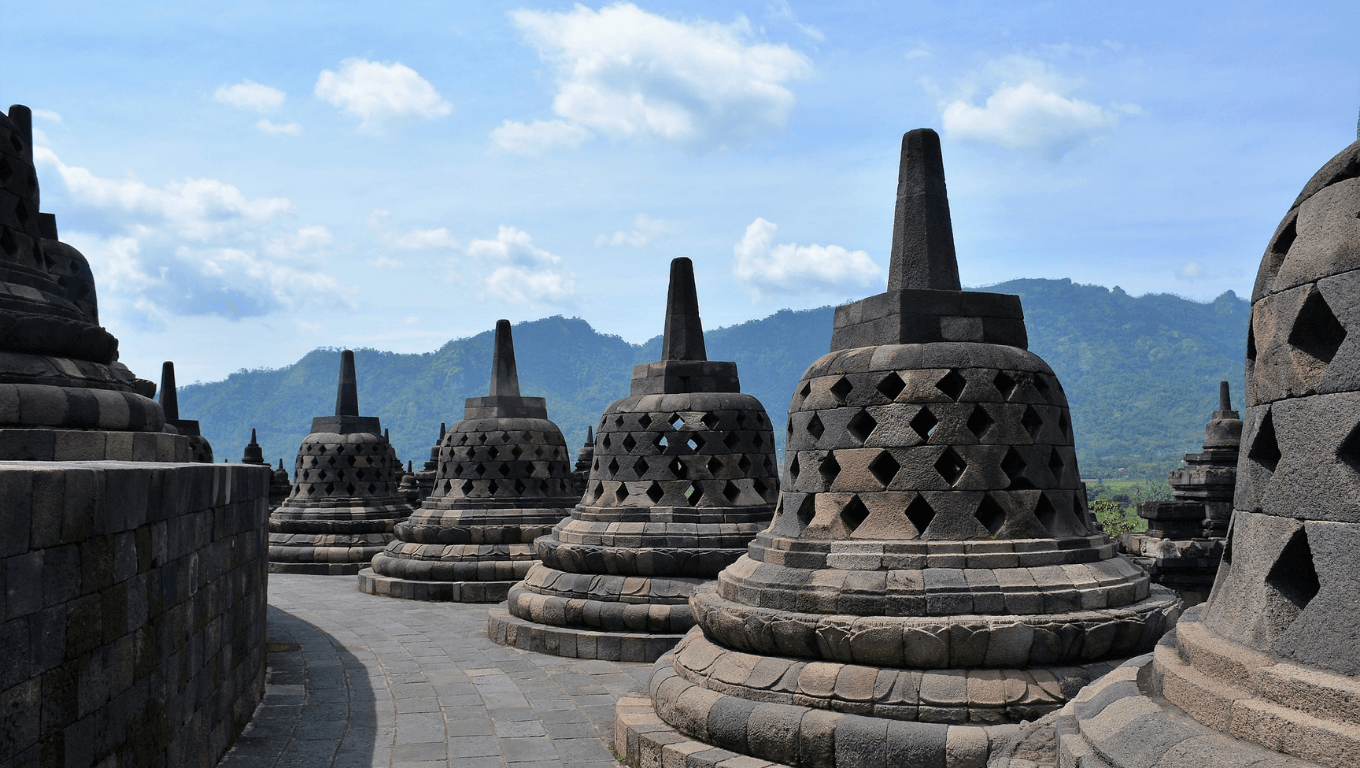 Shwedagon Pagoda is the most sacred Buddhist pagoda in all of Myanmar. The Pagoda itself is covered with 27 tons of gold. It´s believed that Shwedagon holds eight hairs from Gautama Buddha as well as relics of three former buddhas.

As many ancient religious structures, Shwedagon Pagoda has a legend of its own. The begins with two Burmese merchant brothers who is said to have met the Buddha himself. The Buddha gave them eight of his hairs to be enshrined in Burma. 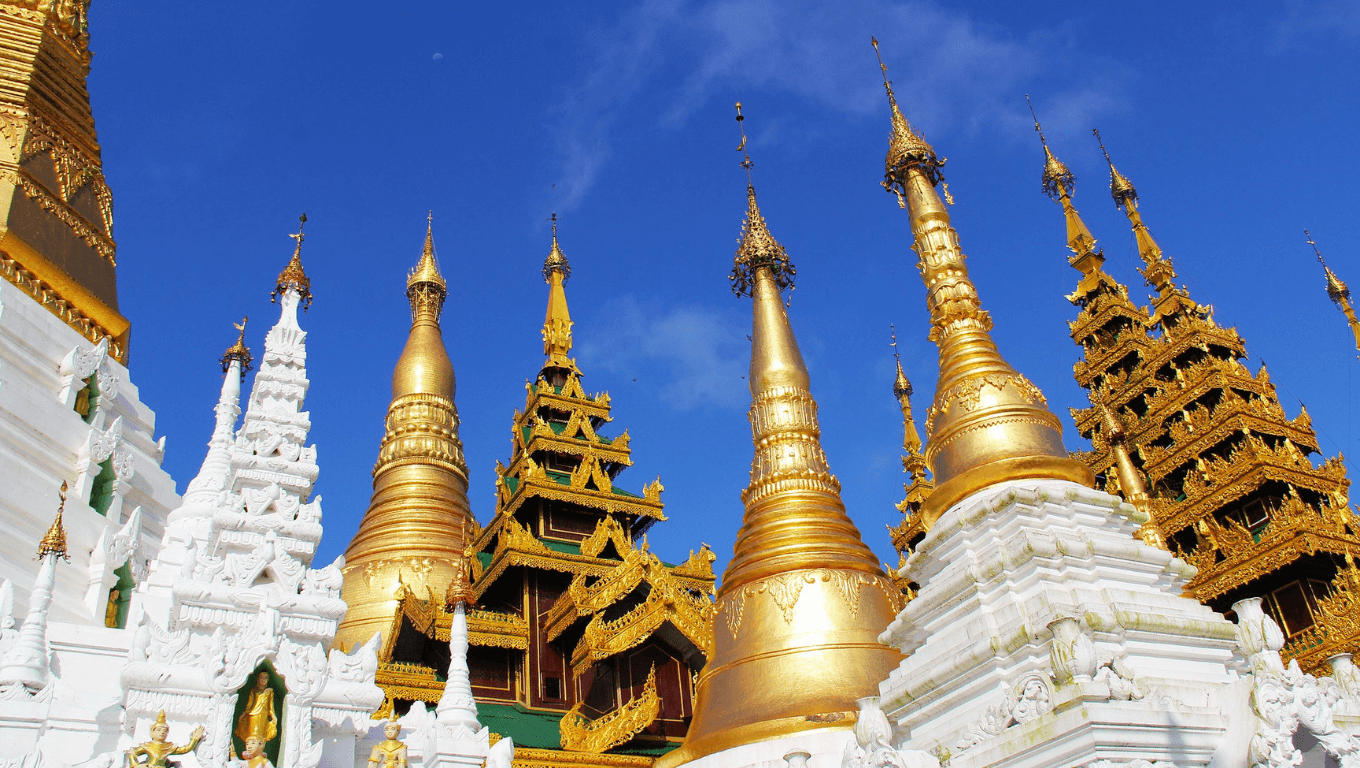 Built in 1333, Himeji Castle is the largest castle in Japan and is regarded as the finest example of Japanese castle architecture. In fact, it’s the most visited castle in all of Japan. The castle is located 75 miles (120 km) southwest of Kyoto and has a network of 83 buildings.

An interesting fact about Himeji castle is that it has never been victim of damage from either natural forces or man. Himeji castle offers a variety of defenses. Not only does it sit very high, there are three moats (the outside one is now buried), and a very confusing system of paths leading to the castle keep. Many paths lead to dead ends, thus confusing an approaching force. The design of which allows for intruders to be watched and fired upon during their lengthy approach. Its impressive design and architecture are amazing study material for every historical constructions student or enthusiasts of historical war tactics and defense strategies. 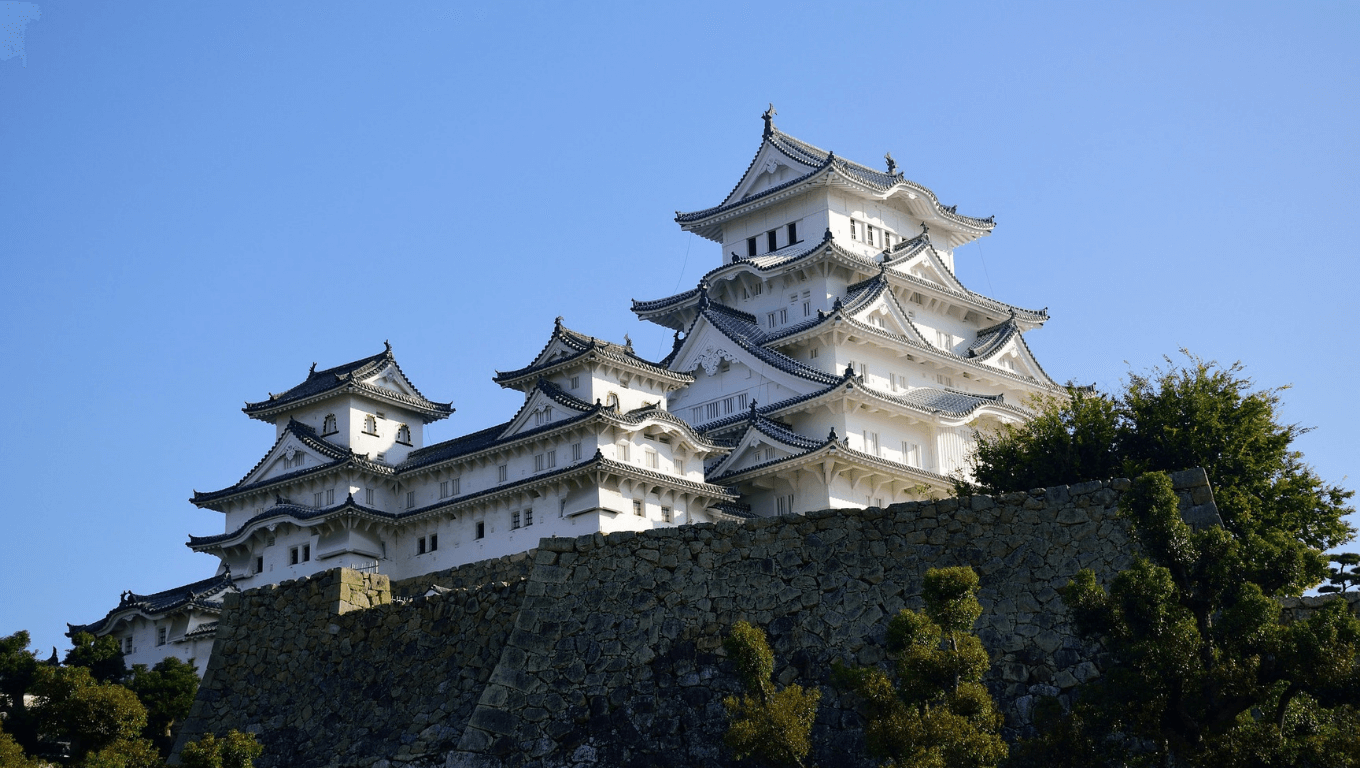 Remember our suggestions in your next trip to Asia!

Receive every month our top articles about rehabilitation and preservation of historical constructions, information about job opportunities and much more.
Ancient StructuresAsiaHistorical ConstructionhistoryTemples