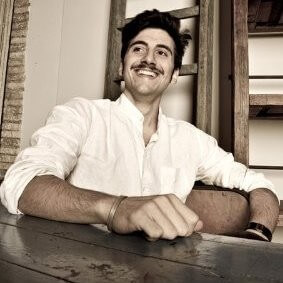 Masonry is the main constructive typology in the historical structures. The most of the historic masonry heritage was designed and constructed without any considerations for their dynamic performance which makes them especially vulnerable under seismic excitations.

As a matter of fact, the analysis of masonry behaviour is difficult, due to its composite nature as a heterogeneous material. In order to model masonry structures, different approaches are used nowadays.

In this thesis by Valerio Sabbatini, in order to assess the seismic vulnerability of the ancient Water Towers in Roman Pompeii, different models and methods were developed and compared.

Roman Pompeii is an ancient town near modern Naples, in Southern Italy (Figure 1). Pompeii and the surrounding areas were mostly destroyed and buried under a coat of volcanic ash and pumice during the eruption of Mount Vesuvius in AD 79. The first discoveries and archaeological excavations started in the XVIII century and kept going until nowadays. This thesis focused on four out of the fourteen water towers, part of the ancient water supply system of Pompeii.

The Osci founded Pompeii around the VII century BC but it had already been used as a safe port by Greek, Phoenician and Etruscans. In the V century BC, the Samnites conquered Pompeii imposing their architecture and enlarging the town. In 80 BC, Pompeii became a Roman colony with the name of Colonia Cornelia Veneria Pompeianorum and soon develops as a crucial route for goods that, arrived by sea, would travel towards Rome or South along the nearby Appian Way.

A severe seismic event occurred in Pompeii area in AD 63 and for this reason many buildings show past interventions. In addition some of them are left uncompleted because of the sudden Vesuvius's eruption of 79 AD.

Roman Pompeii was supplied with water from an aqueduct reaching the highest point of the city at Porta Vesuvio and linked to the water system inside the city walls through Castellum Aquae (Figure 2), a building acted as the main water tank and a distributor that controlled the water flow to the three main water pipelines [2].

The hydraulic system comprehended fourteen water towers that distributed water through the city and optimized the water pressure reduction (Figure 3).

The water towers have different geometric sections, usually quadrangular, from which part of the volume was removed to place the pipes. The pipes flowed water inside the lead container at the top of the tower from which secondary pipes distributed water to the surrounding buildings while the main duct was directed toward the next reservoir tower (Figure 4). Masonry is the only construction technique: units of brick or soft stone (tuff, calcarenite) are bonded together with lime mortar.

The work of this thesis focus on water towers 1, 2, 3 and 4 of the water supply system of Roman Pompeii. The team coordinated by Prof. Dessales collected photographical, geometrical and stratigraphic surveys of these structures during the research campaign of the Ecole Normale Supérieure of Paris [3].

Water tower nº. 1 is the first tower after Castellum Aquae's tank. It is made of Nocera tuff masonry and it shows no observable discontinuities. Northern, eastern and southern faces present a central cut in the middle that originally hosted the pipes (Figure 5).

Water tower nº. 2 is made of solid brick masonry. As the previous tower, the northern and southern faces present a central cut. Two different construction phases are highlighted by the stratigraphic survey (Figure 6).

Water Tower nº. 3 is made of running bond brick masonry; the plan section is significantly irregular. Two cuts in the east and south faces in addition to the missing angle between the north and west faces strongly affect the geometry of the tower. Stratigraphic survey does not show different construction phases. Besides, a wide film of impurities and salts covers a large part of the surfaces (Figure 7).

Water tower nº. 4 is made of tuff running bond masonry. The western, northern and eastern faces present a central cut; furthermore there is a fountain's tub on the southern side, the sidewalk platform on the eastern side and a stone on the western side which touch the base of the tower. Three main layers highlight the different construction phases (Figure 8).

This thesis by Valerio Sabbatini aimed to assess the seismic vulnerability of Roman Pompeii water towers by modelling the structures with different approaches and comparing the results comprehending their strengths and limits. The material characterization plays an important role in all the approaches considered however, since the use of destructive tests is forbidden and non- destructive tests are very sensitive to board approximations, it was necessary to consult scientific literature and assume certain values by a reasonable choice.

Furthermore, historical and archaeological structures add the unknowns of damage and decay status, whose effects must be taken into consideration. In this work two tools have been adopted to overtake these uncertainties. First, the Italian legislation on existing constructions, in particular Table C8A.2.1 inside Circolare 2 febbraio 2009 that reports a collection of mechanical properties suggested for different kinds of masonry (in this case, in favour of the security, the lowest level LC1 has been assumed, which gives the lowest mechanical values). Then the sensitivity analysis with the finite element model allowed investigating several range of variations of the parameters. The results have been validated by the experimental data and a suitable proportion was selected.

The three analyses are compared considering the capacity of water tower nº. 1. Figure 59, the spectral acceleration of the tower, according to the life safe limit state, are related to the displacement of the control point. The three approaches are based on different hypothesis; as a consequence, the results are significantly different.

The kinematic approach is based on the equilibrium of the structure; the geometry plays a fundamental role while the material characteristics, such as the compression strength and the mass density, are less relevant (they influence the position of the hinge). The attachment level, between the soil and the structure, is not considered. The performed analysis relied on accurate geometrical survey and the material characterization suggested by the Italian code [1].

The capacity of the structure linearly decrease with the rotation around the hinge until the centre of mass reaches the out of plumpness. The demand of displacement is calculated according to the spectrum in correspondence of the secant period Ts. The Italian code [1] set the displacement limit to 0.4 d0*, the spectral displacement of the equivalent S.D.O.F. in Figure 60. The safety factor for this approach is 1.87.

The finite element approach is based on the numerical integration of the fundamental equations. FEM is strongly influenced by the mechanical characteristics of the materials, the equilibrium cannot be completely described since masonry is considered with perfect attachment level.

The performed analysis relied on accurate linear elastic parameter of the masonry investigated during the sensitivity analysis. The non-linear parameters were adapted based on scientific literature since the full characterization of the material was not available. The non-linear static analysis returns conservative results in terms of capacity and displacement (Figure 61) due to the hypothesis of perfect attachment level. The safety factor calculated considering the Italian code is 1.98.

The discrete element approach is based on the numerical integration of the fundamental equations considering the dynamic equilibrium and the material characteristic on its interfaces. The results showed that similar response spectrum earthquakes can produce different rocking behaviour of the structure and different maximum horizontal displacements for each case. The accuracy of the method complicates the interpretation of the results: the probabilistic approach, together with the variation of rocking period and sliding of the structure, complicates the estimation of the demanded equivalent spectral displacement thus a proper verification was not possible (Figure 62).

The study of the rocking behaviour could lead either to even lower safety factor estimation due to gradual amplification and build-up of the oscillation or to higher safety factors due to the higher energy dissipation during this kind of oscillation [17]. Qualitatively, the discrete element method is the most proper method to identify the rocking behaviour of the structure. It must be aware that the results are hard to quantify and less conservative compared to the other approaches.

The three approaches are considered complementary methods. The seismic behaviour of the towers was investigated from different prospective: the equilibrium and the static capacity with the kinematic approach, the material failure and the failure mechanism with the finite element approach while the rocking behaviour, thus the stability from a dynamic point of view, with the discrete element method.

The three approaches mean to be integrated between each other; the assumptions and simplifications adopted by the kinematic approach are functional to the basic information necessary to apply the method while the accuracy of the finite element approach and the integrity of the discrete element approach rely on the necessity or assumption of accurate material characterization.

This thesis provides an important contribution to the safety evaluation of the structures but also a reference work to compare different models and analysis. The main proposals to enlarge the present study are: