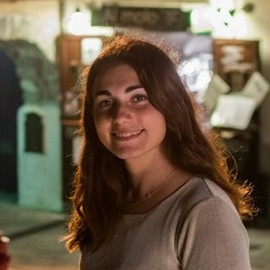 author: mariana
Based on the thesis of: Nicoletta Bianchini, PHD student in Civil Engineering, University of Minho, Portugal

In this article, we will look to the evaluation of the seismic performance of a temple of Bagan, namely the Loka-Hteik-Pan temple (1113 A.D.).

This temple is one of the most remarkable example because of its relevance in decorative and religious details. Loka-HteikPan temple was severely damaged during past earthquakes in 1975 and 2016. 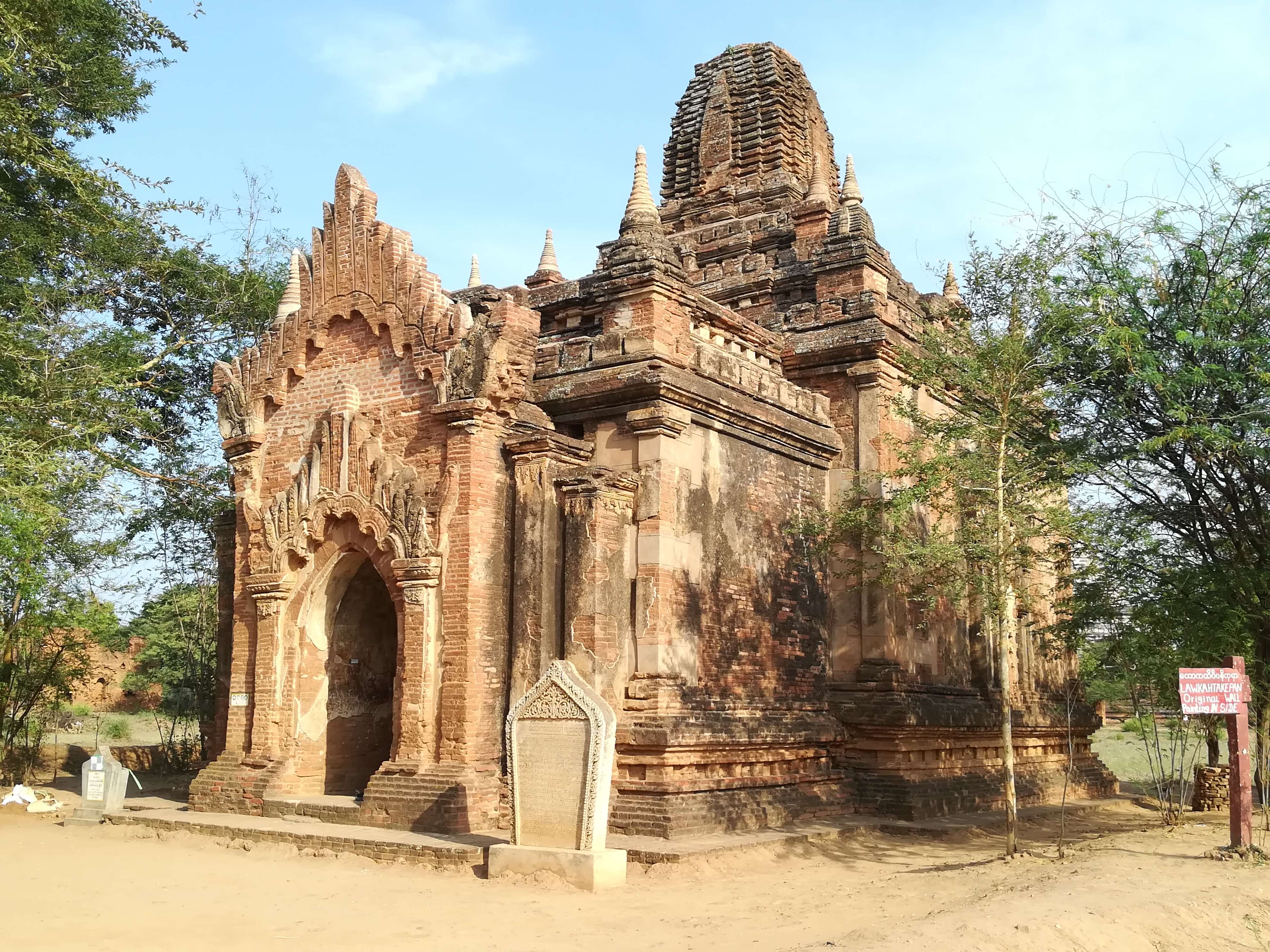 A focus on the Bagan context

During the last decades, Myanmar (formerly Burma) is one of the main actors of the significant economic and social development in the South East Asiatic countries. This development has been mainly induced by the democratic government that was set up. Thus, Myanmar is expected to become an alluring and historical touristic destination. It offers outstanding values from social, religious, natural, architectural and artistic point of views, which should be maintained and preserved.

Uncontrolled globalization in rural areas may spread incorrect ways of management of the weakest part of the country, such as the archaeological site of Bagan, one of the six main destinations in Myanmar. Bagan site is extremely relevant for the history of Myanmar. Bagan city was the first capital of the Burmese empire. This role has been assigned by King Anawratha, who implemented the Bagan dynasty. He is also remembered for introducing Buddhist religion in the country.

During Bagan Dynasty (849 – 1297 A.D), also commonly known as Pagan Dynasty, Burmese culture began to take shape, namely the language, the culture, the territory, the ethnicity and, of course, the architecture lead to the evolution of the identity of the community. Bagan area represents a unique example in the world. It contains more than two thousand religious structures (catalogued as stupas, monasteries and temples), located in about 90 km2. 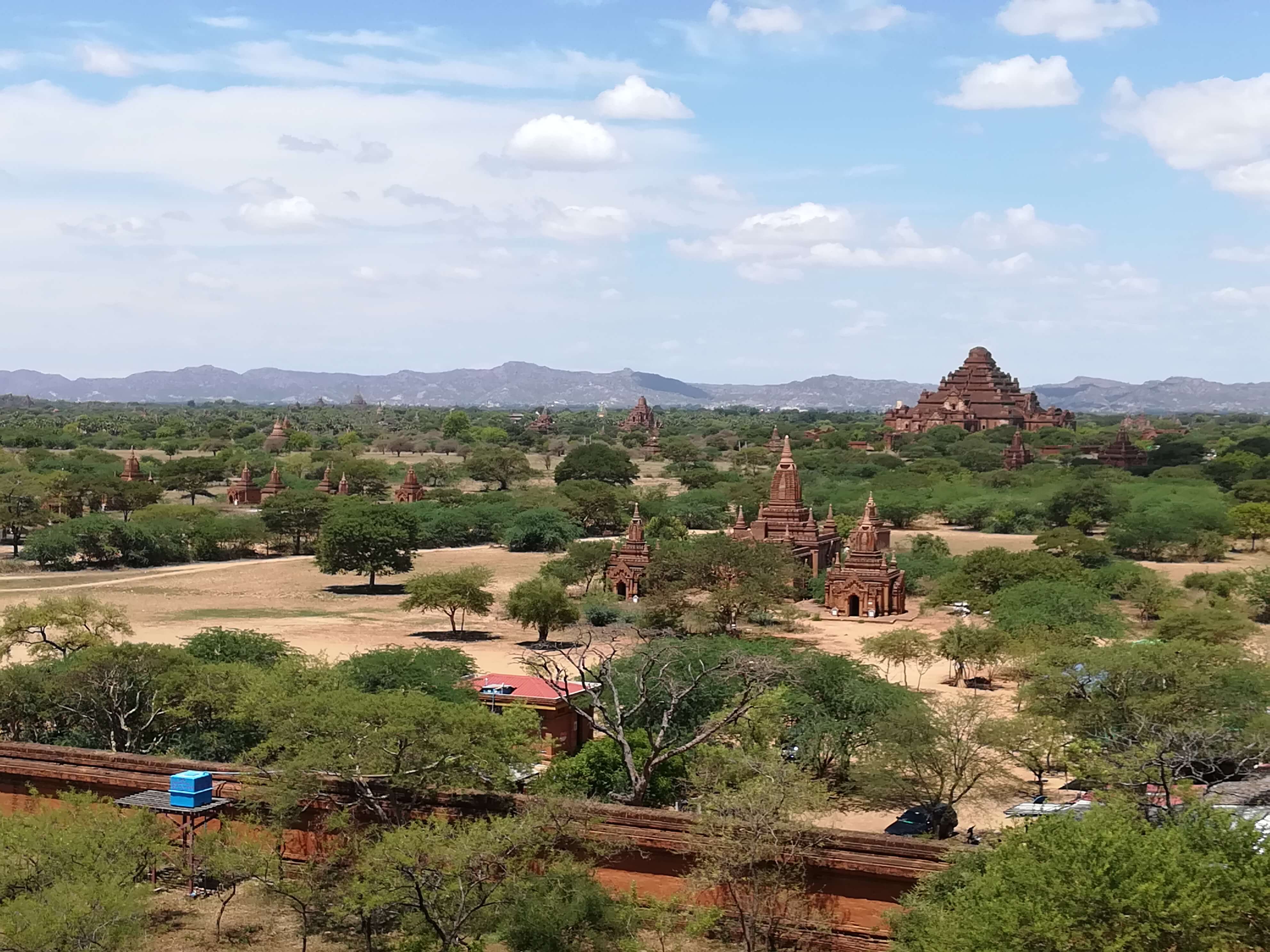 An area of high seismic hazard

However, Bagan is located in an area of high seismic hazard, in which many strong earthquakes (between 7 and 8.5 in the Richter scale) hit Myanmar during the past century. The most recent hit Bagan region on August 2016, causing severe damage and destruction in the temples. The lack of post-earthquake reconstruction guidelines led to some anachronistic interventions, which did not respect the compatibility of materials, the authenticity of the building, the nature of the decorative elements and the ancient construction techniques used to build the entire Bagan archaeological zone.

However, after the settlement of democracy, specific guidance to protect the cultural heritage of Bagan has been provided in the legal framework adopted by the Government of Myanmar and the new Myanmar National Building Code (MNBC 2016) deals with the importance of the minimum intervention for the heritage monuments for the first time. These documents were developed because Myanmar Institutions aim to protect the cultural heritage and include the archaeological site of Bagan in the UNESCO World Heritage List.

Contributing for the protection of the heritage

In this context, this work aims to contribute for the protection of the built heritage of Bagan, including an overview of the architectural and structural performance of Bagan temples.

This can be useful for the development of skilled management of the area, regarding conservation and maintenance programs and, in addition, it may provide some recommendations for reducing the seismic vulnerability of the Bagan temples. It can can also support local specialists on how to restore traditional techniques and Bagan architecture, allowing better future decisions and preventing inappropriate rehabilitation projects. 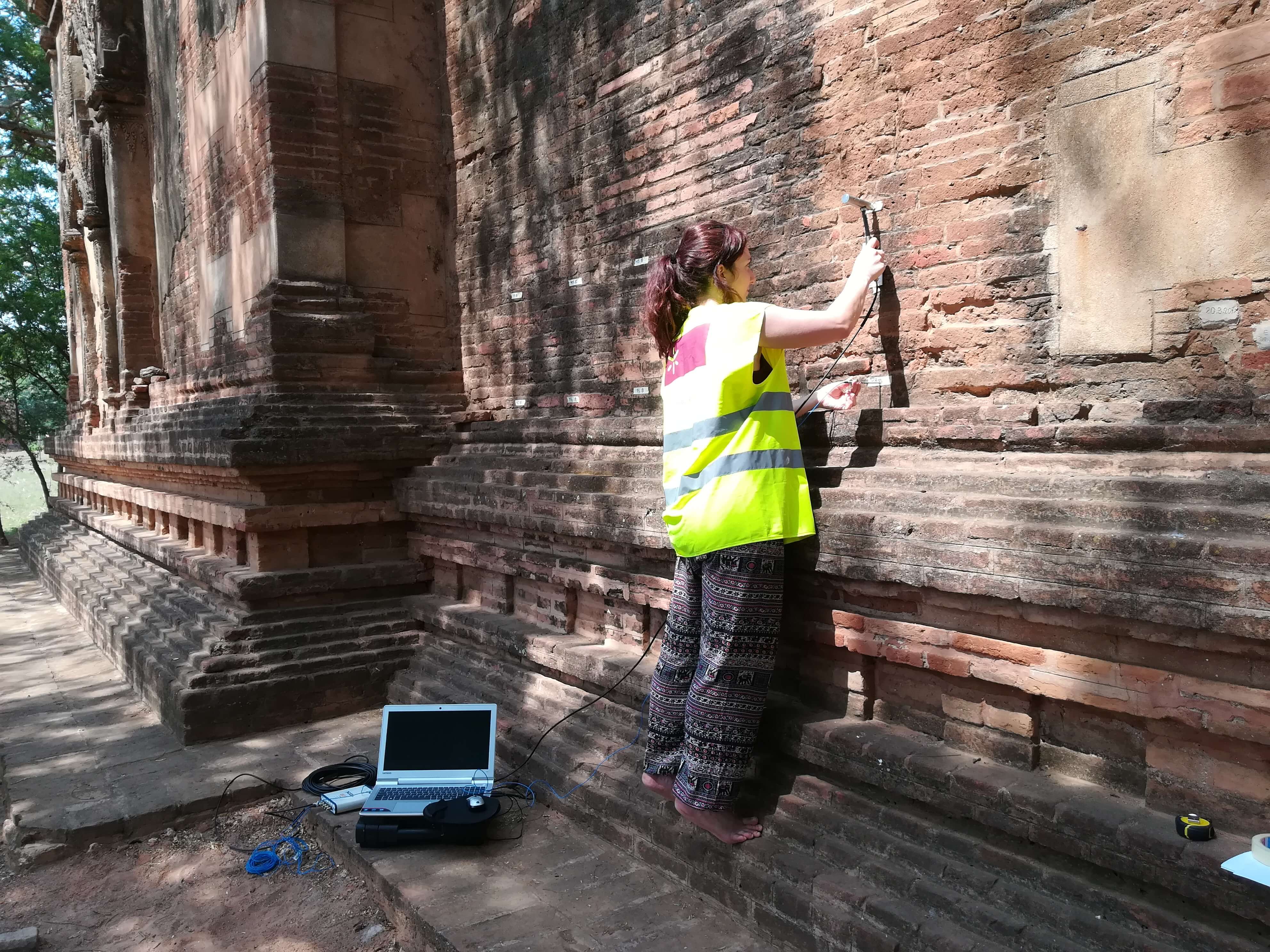 During the technical visit, which took place from May 21st to May 26th, 2018, an inspection of the LokaHteik-Pan temple was carried out. First, the existing damage was evaluated through visual inspection. Then, material properties and identification were obtained using non-destructive tests, such as sonic tests, dynamic tests and rebar detection. Besides the material properties, these tools were used also to evaluate the awareness of the characteristics of the structure (original masonry, masonry applied in the interventions and reinforced concrete beams).

Pierre Pichard performed a generalized damage survey after Bagan earthquake (1975) and thanks to his work, nowadays, it is possible to depict the damage that occurred in the past for the Bagan temples.

It is known that several factors contributed to the damage in the monuments: wind action, weather, construction details, inappropriate distribution of mass causing horizontal forces at the top of the walls, and lack of maintenance. This variety of causes induced different types of damage, which range from minor failures to the complete collapse.

Loka-Hteik-Pan temple was not excluded in Pichar's study and, due to its relevance, it was inserted in the list of monuments that had priority for restoration. Pichard (1992) noted several aspects during his survey:

An updated damage survey, after 2016 Chauk's earthquake, was carried out, aiming at assessing the extension of the damage and/or losses caused by this new earthquake. For Loka-Hteik-Pan temple, it is difficult to distinguish between damage and decay, since the problems are the result of many strong events occurred in the past and the natural decay of the elements.

The types of damage are divided into the following categories: 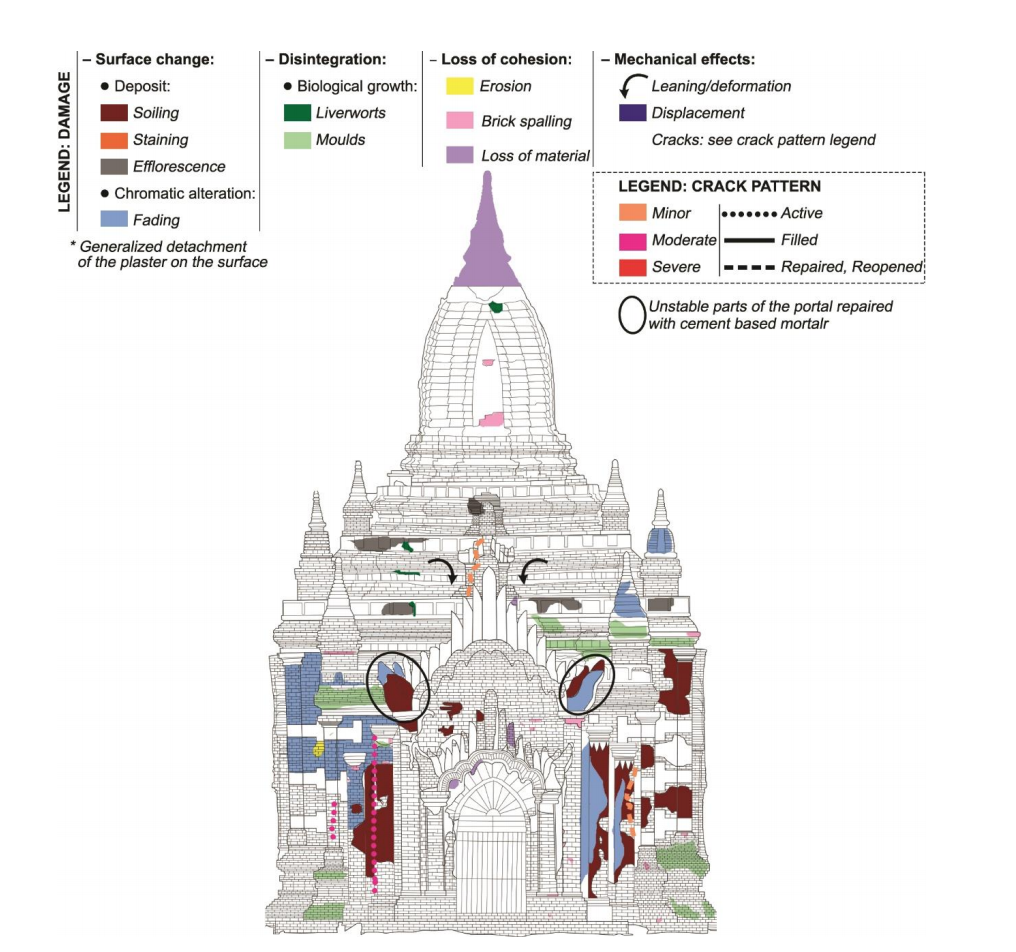 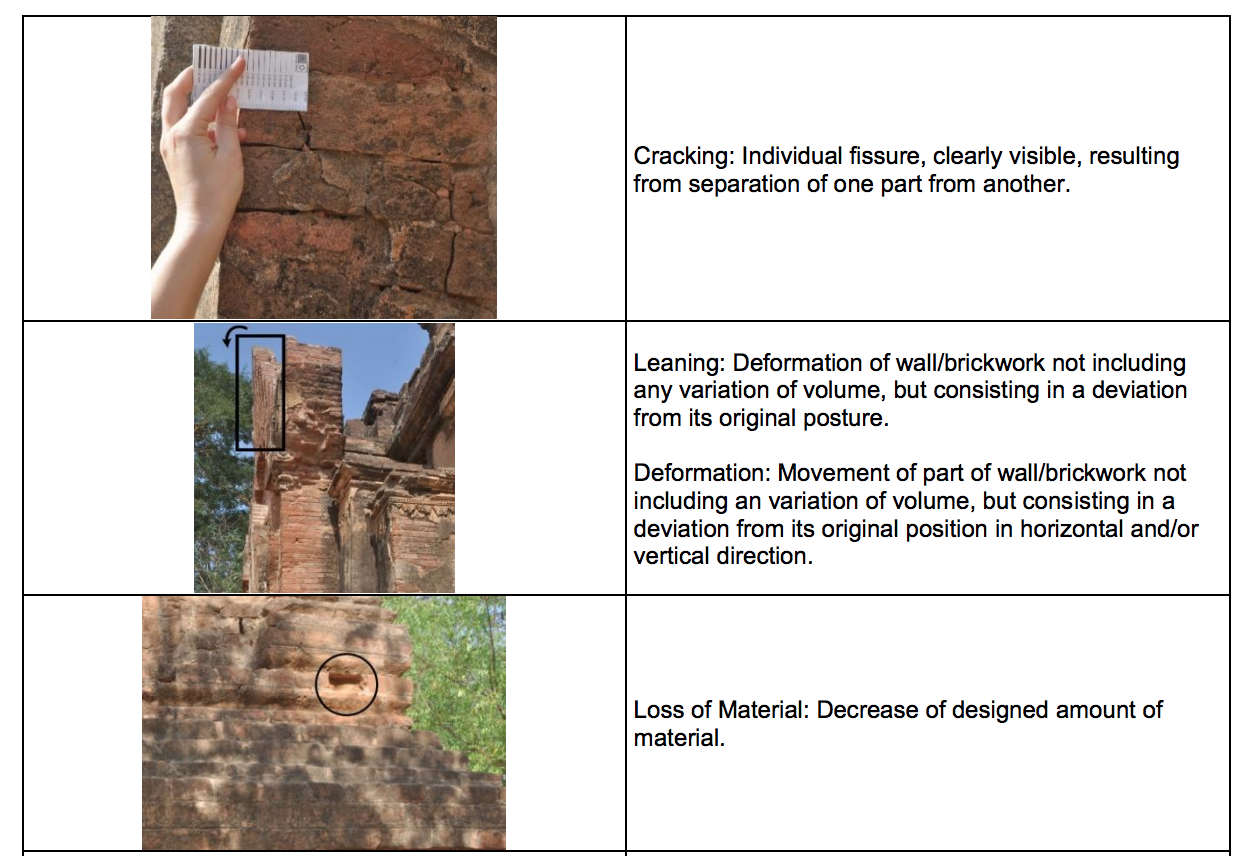 The preparation and calibration of a 3D model numerical 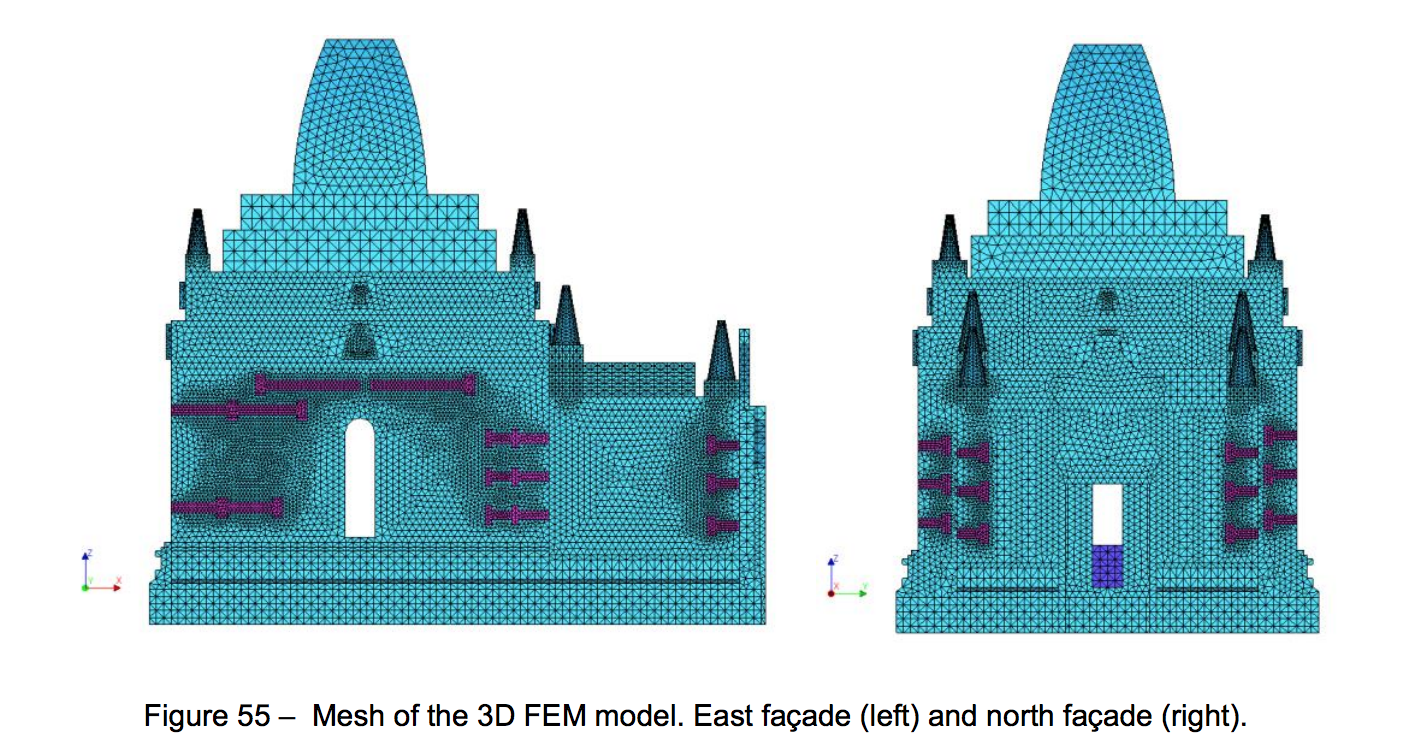 The structural analysis to assess the seismic behavior of the temple 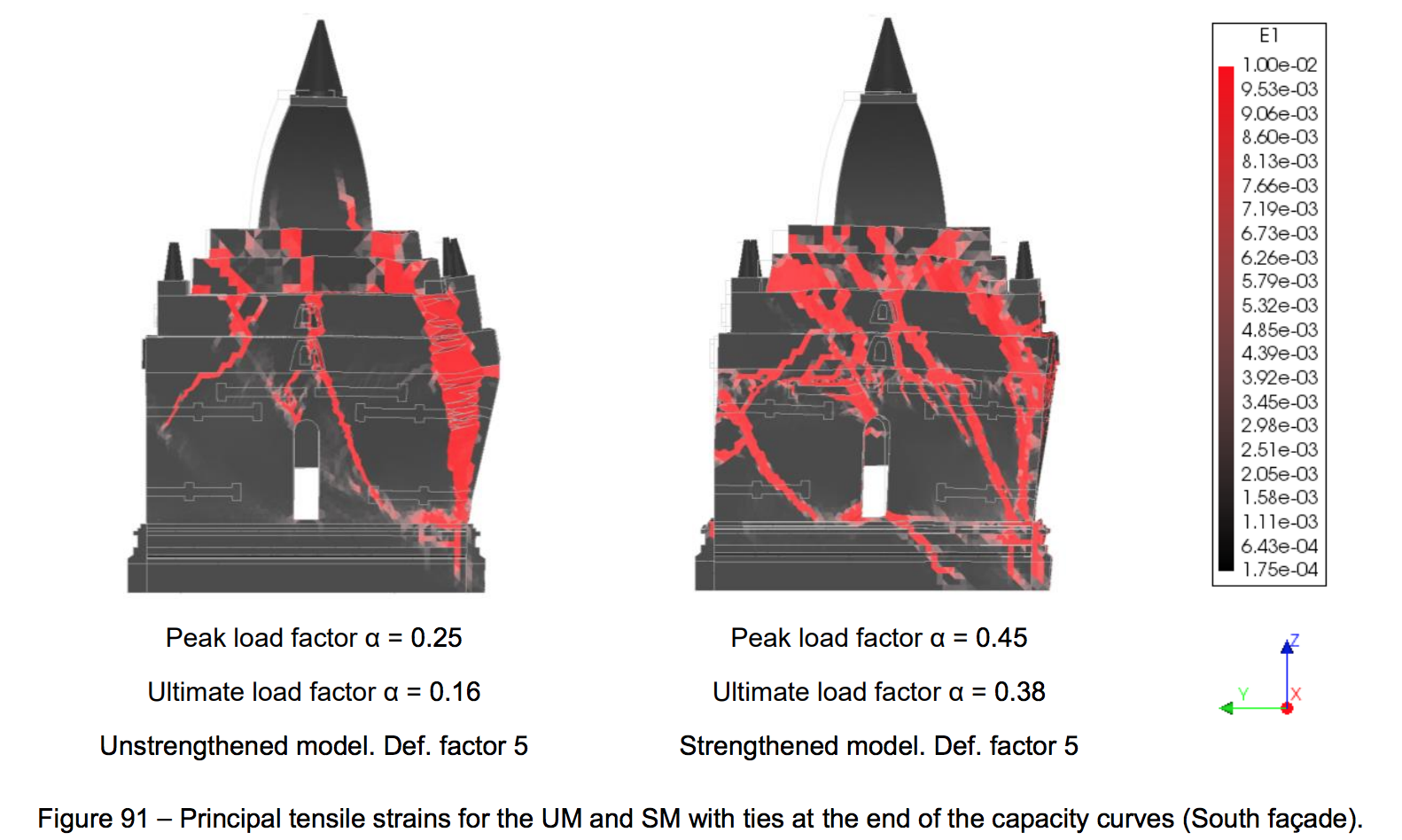 The results of the pushover analysis carried out for the unstrengthened model allowed to conclude that the transversal direction is the most vulnerable and that the damage concentrates at the corners of shrine, mainly at the South-East corner, at the vaults and at the connections of the vault of the shrine with the masonry walls. The dynamic analysis presented similar conclusions in terms of structural performance. Furthermore, it allowed to conclude that, for the considered earthquake, the vertical component of the seismic does not present significant influence on the seismic response of the temple.

In general, the strengthened model with the reinforced concrete beams improves the seismic behavior of the temple, namely load factor in the most vulnerable direction. However, it was observed a generalized cracking at the boundaries between the masonry and the reinforced concrete elements. Furthermore, this strengthening technique is not able to prevent the cracks at the top of the opening of the longitudinal walls. On the other hand, the application of steel ties can be considered as a less invasive alternative, which improves the structural response and it is more compatible with the original materials. 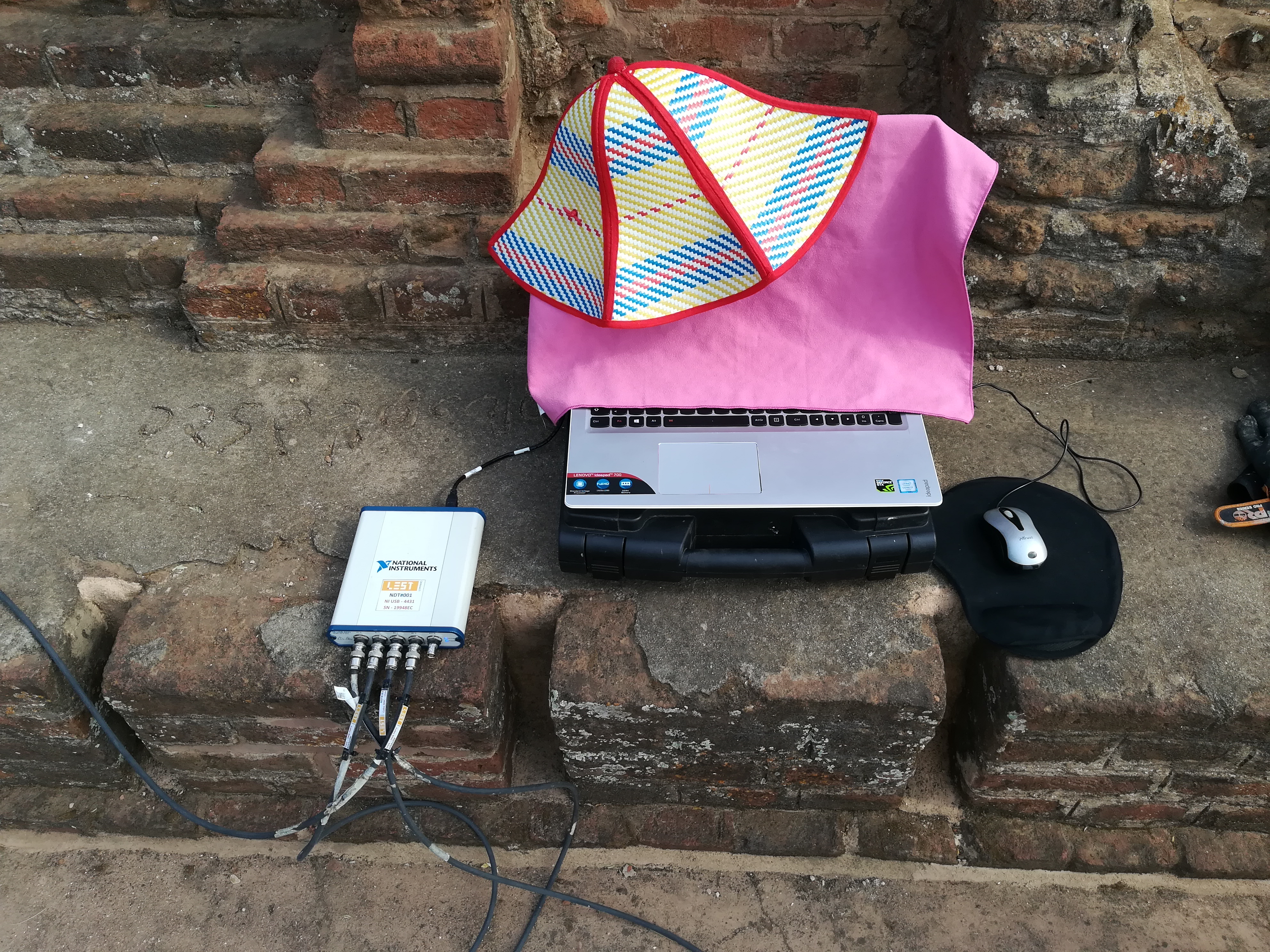 The structural behavior of historic buildings, such the Loka-Hteik-Pan temple, is complex and some assumptions were considered. Thus, further works are recommended for the diagnosis and numerical analysis, aiming at validating and improving the conclusions on the seismic performance of the temple. Finally, a maintenance and monitoring plan for the Loka-Hteik-Pan temple is also recommended.