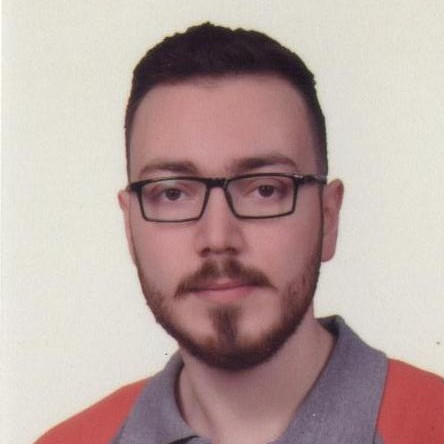 author: mariana
Based on the thesis by: Ali Abbass, PHD Student at Universidade do Minho - SAHC international Masters Course in Structural Analysis of Monuments and Historical Constructions

The main aim of this thesis, by the author Ali Raed Abbass, is to evaluate the efficiency of textile reinforced mortar (TRM) systems in retrofitting of masonry walls as well as to assess the reliability of the available analytical approaches for the estimation of the contribution of TRM systems to enhancing the in-plane shear capacity of historical substrates.

Overview about the composite materials in heritage constructions

Among the different innovative materials that are used worldwide in architecture, fiber-reinforced polymers (FRP) have been largely used in the field of strengthening and rehabilitation of the existing constructions.

Such features have motivated researchers to further study the behavior of FRP as a system, its components, and its compatibility with the heritage structures as well as the conservation of those structures. These studies led to spot interesting drawbacks in its usage for historical constructions.

The first step towards the application of textile reinforced mortar (TRM) was the replacement of the epoxy resins matrix by an inorganic matrix, nevertheless, this solution had a shortcoming which was the inadequacy of the mortar to penetrate through the fiber sheets due to its high viscosity and the variation of the granular composition.

This problem was overcome by replacing the sheets with meshes consisting of two orthogonal fibers (Basalt, SRG, etc.) whose mechanical characteristics vary depending on the spacing and the level of the penetration of the mortar into the nets.

Function and behavior of the textile reinforced mortar (TRM)

TRM strengthening systems can be manufactured using different types of textile reinforcements that have various mechanical and geometrical properties.

In case of historical constructions, where the compatibility between the reinforcement system and the substrate is required, the high ratio between strength and the weight of the TRM systems permits to enhance the mechanical performance of the retrofitted element, contributing mainly to absorb the tensile stress before and after cracking formation, without over increasing the mass of the system or significantly changing the stiffness that can reflect negatively on the path of cracking or plastic deformation.

Examples for the most significant uses of TRM:

Since TRM is usually used for the absorption of the tensile stresses, the knowledge of the mechanical behavior of the composite material under tension is crucial. Hence, to better understand the resistant mechanism of TRM systems first the tensile behavior and the bond strength need to be studied.

Three noticeable phases are observed in the stress-strain graph (Figure 3) that characterizes the tensile behavior of TRM:

The Italian FRCM guideline defines the failure mechanisms that can occur in the case of the externally bonded system.

(A): The failure occurs as debonding of TRM pulling out part of the substrate which is directly related to the cohesion of the bond between matrix-to-substrate level.

(C) and (D): The matrix-to-textile interface properties are the governing parameters to cause either partial or total sliding of the textile from the matrix.

(E) and (F): Modes are directly linked to the textile mechanical properties, specifically to the tensile strength, where the rupture of the textile can also occur within the mortar matrix.

The mechanical characterization of the component material of the masonry and TRM strengthening system is obtained throughout the standardized test.

The compressive strength of the mortar is assessed on the halves produced by the splitting of the sample under flexure. The load is applied monotonically until failure.

The double punching test is a destructive test that requires the extraction of bed joints mortar from masonry walls.

Brick is one of the oldest building materials used worldwide, especially in the areas where there are very limited sources of stones. Throughout history, clay bricks were a fundamental element for construction in Mesopotamia, the Assyrian area, Egypt, and Roman periods and continued to be used till nowadays.

It is known that the properties of ancient masonry brickwork depend fundamentally on the characteristics of the brick itself, which directly vary according to the raw materials used.

The most common material used for bricks is lime, clay, and sand bricks, either fine or coarse sand, which have different mechanical and physical properties that are also related to the manufacturing process and the technology used.

The flexural strength and the compressive strength of the brick mainly depend on the physical properties such as the porosity, the chemical properties, the composition, and texture.

In order to assess the compressive strength and the flexural strength, the European standards present the methodology for the evaluation as follows:

The flexural strength can be obtained by subjecting the brick unite to a three-point bending test, which is a destructive test, depends on the continuous applying of the load until the occurrence of the failure.

Aiming at the most appropriate understanding of the effects of the seismic loading and earthquakes that threaten the historical stone masonry structures in specific regions, researchers have been studying for decades the different types of failure mechanisms that can occur to historical masonry.

In this thesis, the interest is focused on the in-plane behavior of the masonry walls and accordingly the assessment of the behavior and the efficiency of the used strengthening system.

In order to assess the shear behavior of the retrofitted masonry walls, a direct approach in which masonry walls subjected to lateral loads can relatively simulate the response of these structural elements under a seismic event, in terms of the load state and boundary conditions.

Nevertheless, such an approach is extremely time-consuming and costly, with a huge possibility of being inapplicable in many cases depending on geometrical difficulties. As a result, indirect approaches have been developed in order to mimic a rational response of the actual walls relying on simplified models and their failure modes:

The diagonal compressive test is a destructive test that evaluates the in-plane shear response of masonry piers by applying the load in the diagonal direction of the panel simulating a pure shear stress state.

Different layouts of reinforcement, either applied for single or double panels plays the most important role in determining the diffusion path of the loads applied. These configurations differ in terms of:

In this experimental campaign developed at the Laboratory of Technology of Structures and Building Materials (LATEM) of the Technical University of Catalonia (UPC-BarcelonaTech), ten specimens were produced in order to assess the efficiency of basalt and steel fibers as retrofitting systems.

The retrofitting systems were applied to these walls into 10 configurations and accordingly, twelve tests were carried out (including two unreinforced specimens). In addition, it was studied the behavior of the constituents of the masonry panels individually as well as a structural system.

The work was done in an approximate way that mimics the construction procedures of historical masonry walls.

In parallel to DCT, minor tests were performed on the constituents of the specimens (mortar, matrix, and bricks) to determine their mechanical properties.

The brick used in this campaign is a fired handmade clay brick and was chosen due to its manufacturing process, which mimics historical masonry.

The mortar used to bind the units was a mixture of Kerakoll BioCalce MuroSano® premixed lime mortar and a limestone filler. The Mortar is classified as M5 according to EN 998-2:2010. In order to imitate the historical lime mortar, an inert filler was used to reduce the compressive strength of BIOCALCE.

The molded specimens were stored for 28 days at least before the testing took place coincident with recommendations of EN 1015-11.

The mortar matrix used for the application of the textile fabric is called Kerakoll GeoCalce F Antisismico and is a premixed natural hydraulic lime. To binding mortar specimens, standard prisms were made of the matrix pastes.

The textile is a bidirectional grid of basalt fibers (GEOsteel 200), that has a special protective treatment with alkali-resistant water-based resin and free of solvents, and stainless steel AISI 304 microwires thermobonded between them in order to ensure a stable fabric in both directions.

Only 6 specimens were tested and analyzed, and their characteristics are as following:

The specimens were strengthened twenty-eight days after the construction.

The setup used to perform DCT test on the 6 specimens was designed to permit the application of a diagonal compressive load without needing the 45-degree rotation of the specimens.

In light of the analyzed results that were obtained experimentally and analytically, it was possible to draw the following conclusions: 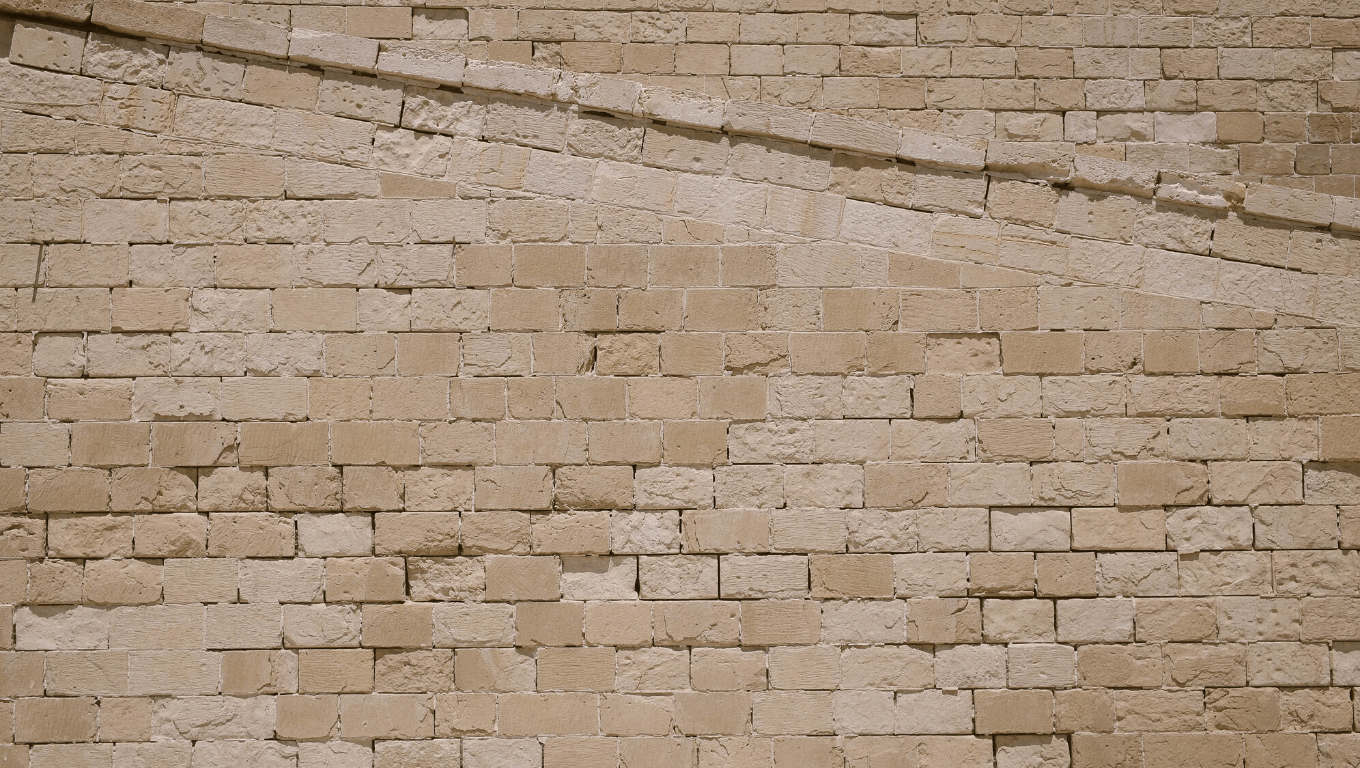 The analytical results obtained are proven to be effective in case that the substrates are subjected to an in-plane shear stress-state, where mainly a diagonal cracking is observed. As DCT does not represent all possible failure mechanisms that may occur in masonry walls, other shear test methods such as shear-compression tests are recommended in order to characterize the contribution of basalt and steel meshes to enhancing the global behavior of both retrofitted and unreinforced panels.

Further research about the effects of using different reinforcement configurations (including the orientation of the textile) on improving the shear behavior of masonry substrates is recommended.

Moreover, the contribution provided by TRM in case of out-of-plane mechanisms is crucial to be studied as well as the different parameters of the substrates (masonry wall thickness, the thickness of the matrix, etc.)

Further studies in order to improve the analytical methodologies in case of strengthened substrates with TRM and assessing the reduction factor of the experimental shear capacity are recommended.

Furthermore, the experimental characterization of textile mechanical properties through tensile tests is crucially recommended to study the experimental ultimate tensile strain and the modulus of elasticity.

Bond tests are also preferable to evaluate the bond strength between TRM and the substrate, which affects TRM contribution to the shear and deformation capacity in case of premature debonding failure.

Receive every month our top articles about rehabilitation and preservation of historical constructions, information about job opportunities and much more.
basaltconservationHistorical Buildinghistorical masonrymasonry wallssteel