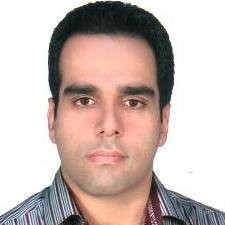 Historical buildings, usually classified as Unreinforced Masonry (URM) constructions, present a large diversity in terms of constitutive materials, geometrical features and structural arrangements. Besides this diversity, limitation of reliable data on the geometry and mechanical properties of the material used make structural analysis of historical masonry buildings a complex task.

On the other hand, URM structures exhibit inelastic deformations and dissipate high levels of energy under cyclic loading. This results in a significant reserve of nonlinear capacity. Thus, linear analysis techniques are not adequate for evaluating their seismic response. The best approach to the seismic analysis of URM structures is a nonlinear analytical approach, which could consider the material and the geometrical nonlinearity of the structures. 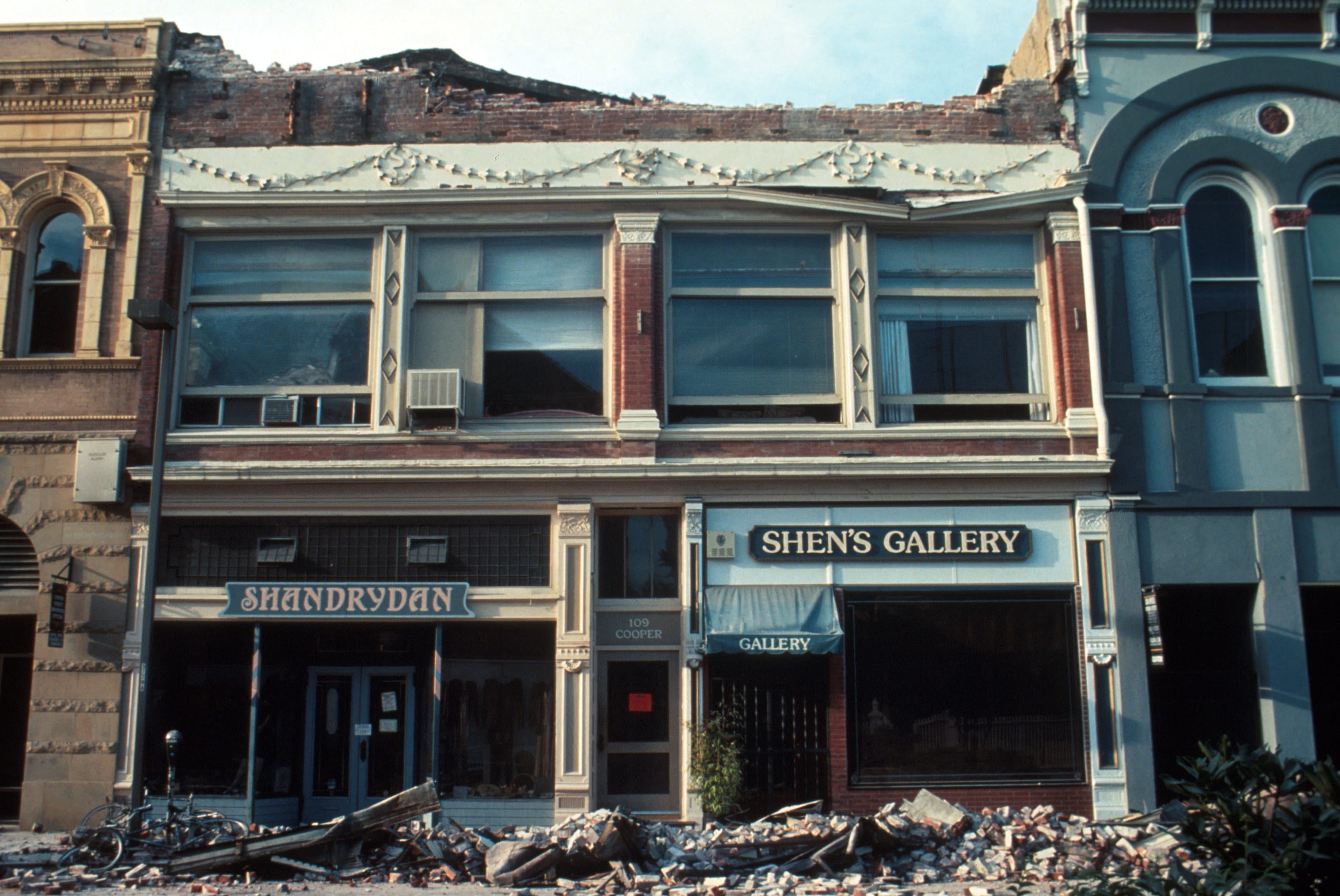 Developments in computer processing power enable practitioners to conduct more accurate and complex methods such as Nonlinear Dynamic (NLD) analysis. However, the necessity of having detailed and advanced information on the material properties, analysis tools, and interpretation of results together with large time computational requirements usually recommend the selection of alternative methods such as nonlinear static analysis (Pushover).

Pushover analysis, which requires much less computational effort with respect to NLD analysis, is an analysis technique appropriated for displacement-based seismic design/assessment of structures. Pushover is a nonlinear iterative analysis method in which the structure is subjected to an incremental static lateral loading until reaching a predefined analysis target, or numerical failure. As a result, a nonlinear force-displacement curve, called capacity curve, is obtained in which the force and displacement are usually represented by the base shear force and the top displacement of the structure, respectively. The curve represents the full nonlinear response of the structure including all damage states as well as its collapse (Fig 1).

Nonlinear static procedures (NSPs) are the most practical solutions to obtain the target displacement (i.e. the maximum displacement demand corresponding to a given level of seismic intensity) of structures when conducting pushover analysis. However, the procedures are mainly appropriate for regular framed buildings and the higher mode effects are not considering in their framework. The basic N2 method (Fajfar, 2000), included in EC8-1 (EN 1998-1, 2004), is one of the most-used NSPs with acceptable results for regular reinforced concrete and steel framed structures usually classified as medium- to high-period structures. However, the ability of the method to estimate accurate results for regular short-period masonry structures is a matter of concern.

The basic N2 method assumes that the building response is captured by the motion of predominant translational mode. For the buildings with a significant contribution of higher modes (irregular buildings in plan and elevation), the method is extended so that the results of the basic procedure are corrected by applying factors. The extension of the N2 method (Fajfar, Kilar, Marusic, Perus, & Magliulo, 2005; Kreslin & Fajfar, 2011) assumes that the building presents elastic response when influenced by higher modes, i.e. higher mode effects reduce in the inelastic range.

In general, the correction factors are determined as the ratio between the elastic and inelastic demands obtained by the response spectrum and pushover analyses, respectively. The results obtained from the basic N2 method are updated by applying two sets of correction factors due to the contribution of the higher modes in both plan and elevation. The product of these factors is considered as the final correction factor to be applied to the seismic demands. It is noted that the method does not allow the demand reduction due to the effects of higher modes (no de-amplification rule).

The extended N2 method proposes a simple and practical procedure, resulting, expectedly, in a conservative, but not exaggerated, estimate of demands with respect to the response obtained from the NLD analysis. In general, the extended N2 method has two uncoupled parts, namely: (a) determination of the target displacement (basic N2 method); (b) update of the seismic demands due to the higher mode effects. It is noted that the last part of the method can be combined with any NSP (e.g. capacity spectrum or displacement coefficient methods) for calculating the target displacement (see Fig 3).

The basic N2 method assumes that the building response is captured by the motion of predominant translational mode. For the buildings with a significant contribution of higher modes (irregular buildings in plan and elevation), the method is extended so that the results of the basic procedure are corrected by applying factors. The extension of the N2 method (Fajfar, Kilar, Marusic, Perus, & Magliulo, 2005; Kreslin & Fajfar, 2011) assumes that the building presents elastic response when influenced by higher modes, i.e. higher mode effects reduce in the inelastic range.

Since both basic and extended N2 methods have been developed mainly for framed structures, the methods require some alterations for their application to masonry buildings (wall-based short-period structures). Moreover, to incorporate the extended N2 method in seismic codes and guidelines, it is necessary to validate both parts of the method simultaneously using an accurate NSP that is appropriate for masonry structures. In this regard, the reader is referred to (Azizi-Bondarabadi, 2018), in which the validity of the basic assumption of the extended N2 method as well as the accuracy of the basic N2 method have been evaluated for irregular URM buildings (in both plan and elevation) with box behavior and rigid diaphragms.

Application of the basic N2 method

To this end, the ductility-reduction factor relationship developed by Guerrini, Graziotti, Penna, and Magenes (2017) was adopted by Azizi-Bondarabadi (2018) for using in the basic N2 method. Moreover, different procedures for bilinear idealization of SDOF capacity curves were examined to select the method resulting in the most accurate target displacements. Next, based on the inherent characteristics of masonry structures, the required changes were considered in the extended N2 method. The methods were applied to two case studies in order to evaluate their performance for real buildings with the influence of higher modes. In the procedure proposed by Azizi-Bondarabadi (2018), the pushover-obtained demands (roof displacements, inter-story drifts and damage patterns) have been validated with respect to the NLD analysis results. The analyses were performed using a structural component model (macroelements) implemented in the software TREMURI (Lagomarsino, Penna, Galasco, & Cattari, 2012), which allows nonlinear dynamic and pushover analyses to be performed. To ensure the credibility of the NLD analysis results, TREMURI was validated for the seismic behavior of regular and irregular URM buildings with box behavior, comparing the NLD analysis results with the results of shake table tests (Figs. 4 and 5).

In the following, you can find the results obtained from applying the extended N2 method to a two-story building made of concrete block units, cement mortar for the bed joints and slabs in reinforced concrete. Comparing the obtained results with the mean, envelope and dispersion range of the results of seven NLD analyses, it can be seen that the pushover-obtained demands (inter-story drifts and displacements) are improved in such a way that the underestimate results are amplified to the conservative values within the range of NLD response (see Fig 6). In general, it can be stated that the demand estimation by the extended N2 method depends directly on the accuracy of the basic N2 method. For instance, when large estimates for the target displacements are obtained by the basic N2 method with respect to the mean NLD results, the second part of the extended N2 method amplifies the overestimated demands within what is probably an excessively conservative range.

SEE ALSO: How to evaluate, manage and mitigate earthquake risk in Historical Centers

Finally, and recognizing the difficult of developing robust numerical models and performing NLD analyses, it is concluded that the extended N2 method based on the pushover analysis is a fast and accurate tool to evaluate the seismic behavior of masonry buildings, in which the higher modes have influence in the response (irregular masonry buildings). The results obtained are appropriate not only for new types of URM buildings, but also for the historical buildings adequately strengthened.