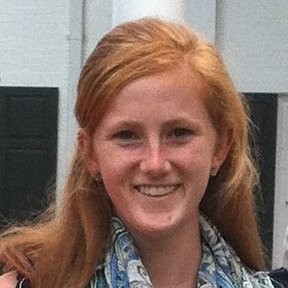 Santa Maria del Mar is a sandstone masonry gothic basilica located in the historic district of Barcelona.  In 1936, during the Spanish Civil War, anarchist set the pews on fire and the basilica burned for eleven days.  The building withstood the event, however, the vaults and piers suffered damage.

For my SAHC Master’s thesis, I studied the effects of fire on stone masonry and the damages in Santa Maria del Mar.  To explain how fire damages masonry and this case study, I will summarize parts of my thesis here.

Even though stone doesn’t burn, it can still be weakened by the extreme heat and combustion products of a fire.

Fire is an irregular event; its flames are somewhat random, therefore producing different temperature gains across the structure and even within the same element.  Fire does not heat the stone as a whole, but rather heats the surface that it comes in contact with. Fire damages stone for two primary reasons: the temperature of the stone increases and combustion residues accumulate on the stone’s surface.

Mineral grains, or crystals, are the individual particles that make up a rock.  As a stone is heated, its individual minerals will undergo thermal expansion and potentially collapse at different rates and different temperatures.  Stones will first experience cracking along the grain boundaries and later individual grains can crack and collapse internally, increasing porosity and weakening the stone. Dense stones, such as granite and marble, will experience greater internal cracking and breakdown from thermal expansion because there is no pore space for the minerals to expand into.

On a macro level, fire causes damage primarily by thermal shock and the differential expansion of adjoining materials.

During a fire, the exposed surface of stone will heat much quicker than the interior.  The resulting thermal gradient between the exterior and interior creates thermal stress, known as thermal shock.  This can cause cracking, spalling, and, granular disintegration – the phenomenon of grains becoming loose and falling out, leaving a pitted surface [1].  Edges and corners are especially prone to spalling because the heat works from both sides. The extinguishing of a fire can cause thermal shock, especially if water is used, because it will cause a rapid reversal in temperature on the stone’s surface.

The different thermal and physical properties of the stone and mortar create stress and micro-cracks.  This can lead to the breaking and expulsion of mortar or damage to the stone itself, depending on the hardness of each.  The random nature of flames creates stress from the differential expansion of uneven heating across the masonry blocks and structure.

Another equally destructive effect of fire is the accumulation of combustion residues: the fumes, smoke, oils, and, ashes that are byproducts of fire.  They form a dark crust on the stone’s surface and can lead to long term consequences.

Combustion products coat the stone’s surface and pores and combine with elements in the stone and atmosphere to form salts – which are transported through the stone in the presence of moisture or humidity.  The oils and waxes that coat a stone’s surface reduce its permeability, leaving the salts to crystalize behind the less permeable surface coating. This can cause the surface material to spall, exposing the weaker surface, which is more susceptible to further salt crystallization, moisture ingress, and granular disaggregation – creating a cyclical damage pattern [1].

The weaknesses created by a fire – cracks, spalls, stresses and micro-damage, are known as a stress legacy.  An indirect consequence of fire is the exploitation of its stress legacy.  As a stone undergoes its natural weathering processes:  temperature and moisture cycles, salt crystallization, and exposure to eroding forces, these weaknesses can be exploited leading to accelerated weathering and delayed damage [2].

Following the fire, many repairs were made with Portland cement – largely for cosmetic reasons, to bring Santa Maria del Mar back to her former glory.  Portland cement was used to repoint joints, patch spalls, and replace stones in some locations. However, these interventions have caused further damage because of the incompatibility of materials.  There is also the possibility that they are concealing further structural damage.

The incompatibility and ineffectiveness of these repairs are due to a combination of factors.  Portland cement and sandstone have different Young’s Moduli and thermal expansion behavior. The shrinkage of the Portland cement during drying can cause cracking separation from the stone. The lower porosity of the cement traps salts and moisture at the boundary of the two materials, where the salts can crystalize and expel the repair.  Many repairs have already spalled and it appears more will follow, which can be dangerous for visitors of the Cathedral.

It appears that iron connection elements were used to help bond the repair because exposed, corroded iron is visible in many locations of the spalled Portland cement repairs.  In the presence of moisture, iron can expand to over six times its original volume. This will add stress to and weaken the surrounding sandstone.

In the end, it seems that although there is a significant aesthetic impact, the structural impact of the fire was very minimal. Under gravity loads, it has proved stable for the past 80 years. This is due in large to the properties of the Montjuïc sandstone: the minerals have a high heat tolerance and the high porosity of sandstone absorbed most stresses it might have experienced.  However, further testing of the extent of the repairs and any damage they are hiding is needed to confirm this.

A first step in this investigation would be to remove the incompatible Portland cement repairs.  If structurally allowable, leaving the piers in this state – exposing and preserving the history of the fire –  will be a decision the Basilica’s future preservationist will have to face.

[2] Sasinska B. (2014). Fire Damaged Stone: The Effects of Heat, Flame, & Quenching. Thesis Presented to the Faculty of Architecture, Planning, and Preservation Columbia University

Receive every month our top articles about rehabilitation and preservation of historical constructions, information about job opportunities and much more.
Achitectural EngineeringbarcelonaBasilicaDisasterFireHistorical ConstructionmonumentreconstructionrehabilitationStructural analysis