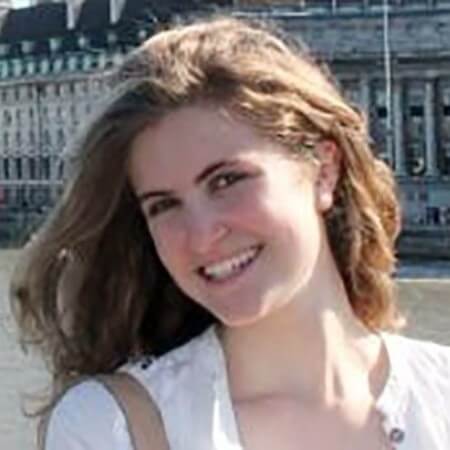 author: mariana
Based on the thesis by: Francesca Romana Contrafatto, Ingegnere Edile-Architetto/MSc in Advanced Master in Structural Analysis of Monuments and Historical Constructions

This thesis by Francesca Romana Contrafatto aims to investigate the vulnerability assessment of complex monumental structures, considering the uncertainties on the mechanical characterization of materials. The range of material properties suggested by the Italian code for masonry buildings is considered and tested for the case of monumental buildings.

The church of Santa Maria del Mar, in Barcelona, has been chosen by the author as a case study. The vulnerability of a macro-element, representative for a typical transversal bay of the church has been studied under in-plane seismic loads. The capacity of the structure has been evaluated through a non-linear static analysis performed with a two-dimensional (2D) Finite Element (FE) Model of the selected macro- element.

The seismic risk is a probabilistic measure defined as the product of three factors: seismic hazard of the site, seismic vulnerability of the existing structures and seismic exposition of the site. All of these parameters are probabilistic measures. The seismic hazard is defined as the probability that in a certain time t a seismic phenomenon with an intensity equal or higher to a certain value Sk occurs. Hence, this parameter is a measure of the destructive potential of the seismic events, occurring in a certain site.

The second factor of risk refers to the existing building(s). It represents the probability of occurrence of a certain damage grade for a given level of seismic intensity. Thus, this factor is strictly dependent on the performance of the structure and on its state of maintenance.

The last factor refers to the potential social, economic and artistic loss expected for a given damage grade. Therefore, the latter is related to the destination of use at the scale of the single building, to the density of the existing buildings at the territorial scale and in any case to their historical and architectonical worth.

The evaluation of the vulnerability is an urgent problem for masonry buildings, which provide a very low capacity against seismic loads, as shown by recent seismic events. However, this is a demanding task due to the high number of uncertain parameters involved, regarding both structural characteristics and material properties. This is true especially for masonry buildings, which present a significant variety of construction typologies and composite materials.

Moreover, the quality of masonry, thus the seismic response, is related not only to the material itself, but also to the constructive details such as the dimension of the blocks, interlocking of the external leaves, and transversal connection through the thickness. Many of these information result often unknown, thus a significant number of inherent uncertainty is expected. Moreover, a better level of knowledge is very difficult to achieve because it requires in-situ and laboratory investigations which are limited because of economic and preservation reasons, especially in case of monumental structures.

Santa Maria del Mar church stands in Barcelona, in the Ribera district. The construction of the church began in 1329 and it was built during a period of only 53 years.

The building is almost 85 meters long and 35.30 meters wide, presenting a maximum height of 34 meters. The structure presents a symmetrical plan with respect to the longitudinal axis, oriented along the south-north direction. The body of the church is composed of three longitudinal naves, covered by cross vaults, and a semicircular apse, placed in the Northern part of the building. The church presents four entrances, one for each side and the main one located in correspondence with the southern façade. The latter presents one bell tower for each side. Above the big portal, 12 meters height, a rose window with a diameter of 9 meters is placed.

The external walls extend in three main levels. The first level corresponds with the height of the lateral small chapels equal to 16 meters. The roof above the lateral chapels (Figure 3. 2) was designed as a terrace that can be used for the circulation of people. The second level extends for the whole lateral naves height. The roof above the lateral naves (Figure 3. 3) is composed of tiles and its slope allows the water drainage. Triangular walls aligned with the buttress, having both a structural and drainage function, interrupt the roof. The third and last level of the external wall (Figure 3. 4) reaches the top of the building. At this level, the roof covers the central nave and it is inclined to four sides, assuming slopes that follow the cross vaults shapes.

Inside the church, octagonal slender columns 26 meters high, sustain cross vaults. Four vaults, spanning 13.5 m in both directions, cover the central nave, dividing the body of the church in four transversal sections. The central cross vaults (Figure 3. 6) are surrounded by diaphragmatic arches, which consists in vertical walls of load-bearing masonry, reaching the top of the building. This system was used in the past to support the provisional roof of the church.

The transversal diaphragmatic arches ensure also a structural function, being aligned with the lateral buttresses. Smaller rectangular cross vaults (Figure 3. 7), having half a span of the central ones in the transversal direction, cover the symmetric lateral naves of the church. Their height is almost equal to that of the central vaults, i.e. 32 meters, being designed in order to receive the lateral thrust of the central vaults and transfer it properly to the lateral buttresses so that flying arches are not needed. Finally, the semicircular apse is covered with a different vault, presenting a palm shape.

Information regarding the constructive system of the church has been acquired through a detailed test campaign performed on-site by Vendrell et all. [2007].

The vertical bearing elements in the structure are walls and columns. Walls and buttresses are three- leaf elements as it is possible to see from the holes made by bombing during the 1714 and 1936 wars (Figure 3. 8). Their external leaves are made of ashlar masonry and the infill made of irregular rubble masonry, coming from the Montjϋic quarries. The joints are made by lime mortar. Performing the seismic tomography test [Vendrell et al., 2007], it has been possible to identify the section of the slender octagonal columns, having a diameter of 1.6 meters (Figure 3. 9). Due to the big dimensions of the stones, the thin layers of mortar and the massif condition of the pier, they are supposed to have higher stiffness and strength than the rest of masonry elements of the structure.

The vaults are made of blocks around 20cm thick. The lateral vaults present a supplementary layer of load-carrying material made by rubble masonry linked with lime mortar (creating a medieval concrete). Whereas, the central vault presents a light infill made by ceramic pieces, which is 0.7 to 1m thick (Figure 3. 10). The different morphology of central and lateral vaults is due to structural reasons. The light infill in the central vault reduces the vertical load carried by the piers and the thrust that the buttresses need to counteract.

On the other hand, the later vaults present load-carrying infill since they transfer the thrust of the central vault to the buttress, assuming a structural function is similar to a flying arch. This is also the reason of the significant height of the lateral vaults, which is almost equal to that of the central vault.

This thesis has studied the vulnerability of monumental historical construction, the church of Santa Maria Del Mar including the uncertainty related to the material mechanical parameters. A 2D model of a representative macro-element of the church has been developed and calibrated on the previous 3D model of the same macro-element studied by Murcia [2008]. Its seismic response has been studied by means of a Pushover analysis.

The effect of the uncertainty regarding material properties has been investigated. More specifically for each material, both aleatoric and epistemic uncertainties related to three parameters have been considered, namely the tensile strength, compressive strength and the Young Modulus. These uncertain proprieties have been modelled as random variables. A Monte Carlo simulation has been used to propagate the effect of uncertainties, generated a population of N=200 random models, which represent N possible instances of the structure.

Conclusions of the research

A significant variation of the structural capacity has been found by varying the material mechanical properties within selected ranges. Three distinct types of damage mechanism have been obtained for different instances of the same structure, two distinct global mechanisms of damage (type G) and a local mechanism (type L), due to the failure of the right buttress. According to the result, the structural capacity of the structure is noticeably sensitive to the variation of material mechanical properties. Therefore, the analysis of one numerical model may be unreliable in order to assess the actual structural response.

Analytical fragility faction has been employed to express the vulnerability of the structure in terms of probability of occurrence of selected damage grades. For both types of mechanism (G and L), the seismic fragility assessment shows that the earthquake demand of the area is sufficient to damage the triangular buttress, the upper part of lateral vaults and at the base of the right buttress since this damage grade is reached with a probability of 100%. Moreover, in the case of a local mechanism (type L), this demand is sufficient to induce additional damage in the upper half of the right buttress. Therefore, for the expected earthquake demand, the structure would present a significant level of damage. However, the collapse of the structure (Ds4) corresponds to a very low probability of occurrence (5%).

The current study shows the sensitivity of the structural response to the variation of material mechanical properties. As already mentioned very different results have been found if the uncertainty related to tensile strength, compressive strength and elastic modulus is modeled. However, a more in-depth research is possible on the effect of every single parameter on the capacity and the collapse mechanism.

Moreover, in the present case study, a population of N=200 simulated models have been analyzed, which is expected to produce statistically reliable results. Further studies could investigate the definition of the optimal number N of samples, able to guarantee a stable dispersion of the results.

Finally, as implied in the N2 method, the control point has been chosen at the top of the structure, from the hypothesis that this is usually the point with the higher displacement. However, as already discussed in [Petromichelakis et al., 2014], [Pelà, 2009] in case of masonry buildings this may not be true since higher displacements can be found for a different point of the structure. Thus, the choice of the control node affects significantly the estimation of structural performance. Moving by this evidence, further research could focus on the development of a more adequate methodology for the determination of the target displacement for masonry structures.