Some years ago my doctor asked me what I did. I said that what I did was similar to what he did except that my patients cannot speak to me, they all have different anatomies and some of them are more than five hundred years old. The process that we go through in dealing with an historic building follows much the same process as that of a physician. Anamnesis, the patient’s description of the problem, examination, diagnosis, therapy.

We begin with anamnesis although the building cannot speak to us but we need to ask much the same questions as a physician: Is the distress we are observing recent or historic? Is the movement we can see continuing or has it ceased? This has to be done through the examination of the structure and so must be at the same time as we are trying to describe its anatomy. Of course the anatomy of a structure might not be immediately visible. Critical aspects might be impossible to see without some opening up, the equivalent of exploratory surgery to the physician. 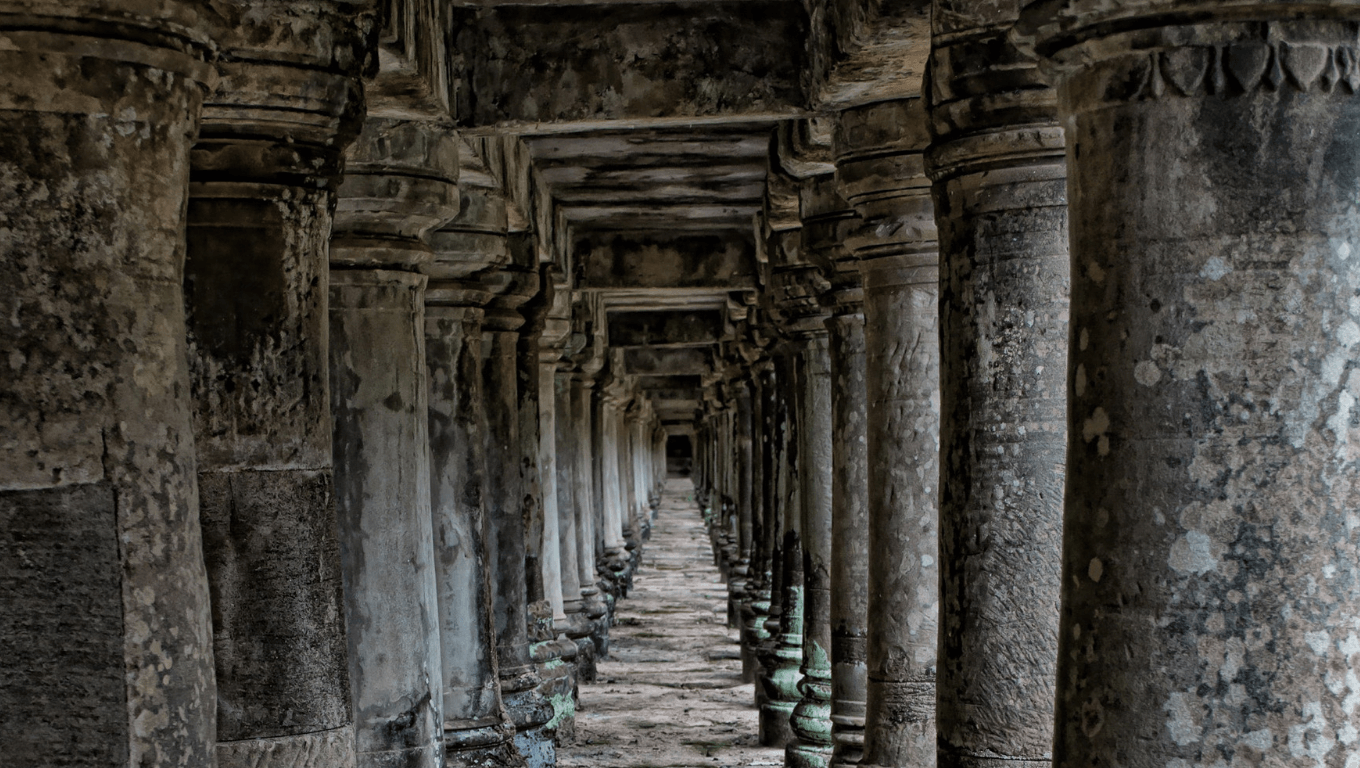 The importance of construction history

The solution to this is a history of construction and the conservation architect or engineer should study that in the same way that the physician studies anatomy. Of course we need to know the anatomy of different kinds and period of building. Only in that way can we have a clear idea of what we might be looking at. Only in that way can we try to avoid unpleasant surprises when work is started and the contractor begins to open up the fabric of the building. Only by understanding what is normal construction of the period can we now what is unusual and so might result in problems.

But the task can often, in one sense, be more complicated than that faced by the physician. Not only do all the physician’s patients have the same anatomy but it is also an anatomy that has not been changed, unless perhaps some prosthetic has been fitted. In contrast our patients may well have been altered over the years, either because some change of use or improvement was wanted or because they have needed some intervention to repair damage or decay, and that intervention might have been made using a quite different technology from the original. 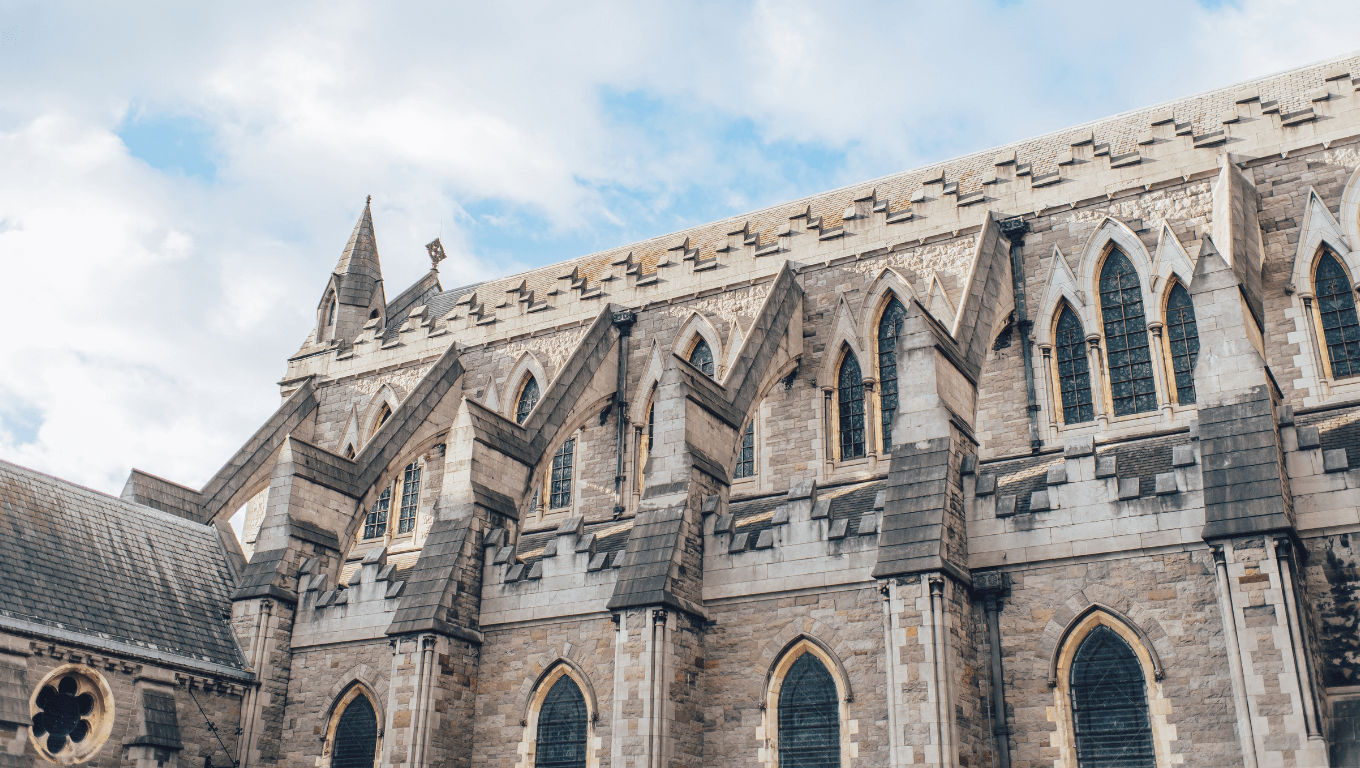 Working in the dark

Let me give s simple example. Here is a not very good drawing of a building being used as a public house. Renovation was already underway when the district conservation officer raised concerns about the bressumer (the long timber across the front of the building above the name sign). One might have thought the architect in charge of the job would have thought about that. He commissioned a survey of the timber that found it to be severely decayed in places. At that point I was called in because I was recommended as someone who knew about timber structures. The architect was totally inexperienced at dealing with historic buildings. 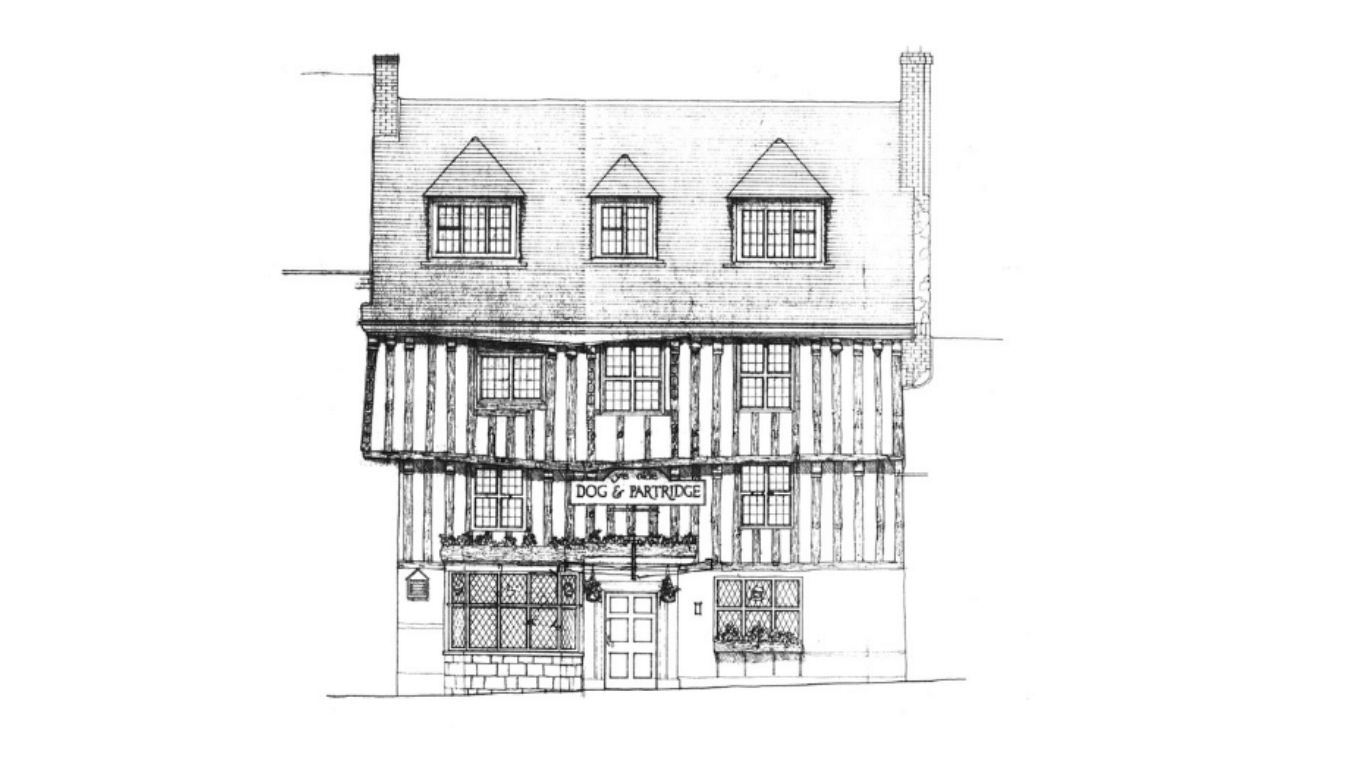 What is not apparent from this architect’s elevation is that the ground floor was of masonry and the window to the left of the doorway is a bay window. The room behind that was still a working bar in spite of building work going on throughout he rest of the building. What is apparent is that there had been severe settlement of the timbers to the right of that bay window most apparent in the wall plate where it drops below the gutter line. We sat in the bar and discussed the possible problems.

“What date do you think this bay window is?” I asked. No one had any idea.

“When do you think the changes to the roof were made?” Again no one had any idea although the roof was clearly relatively new. It had redundant oak frames because new softwood trusses and purlins had been installed presumably together with the dormer windows.

The public house was one that was proud of its history and had framed photographs of the building in earlier times on the walls. I walked round the room, removed three of them and put them on the table. “This is clearly a nineteenth century photograph I said of one.” I pointed out that the bay window then had Georgian sashes, clearly datable by the joinery. I suggested that the bay window, together with the whole of the ground floor masonry, was an eighteenth century alteration and that the cause of the settlement might be a failure of the bearing of the bressumer at that level on the right hand end of the opening left for the bay. Some indication of the date of the roof change was possible from the dates of cars visible in the twentieth century photographs.

Of course, I was basing my assumptions on what I knew timber- framed buildings of the period – probably Tudor – normally looked like. What might not be clear from the drawing is that the building was jettied at second floor level, i.e. it projected out beyond the first floor wall, indicated by the shadow drawn underneath it. Almost certainly it had been jettied at first floor level as well. That meant that the masonry had probably been built up underneath the first floor bressumer and then the timbers of the wall behind removed. From that possibility there is an alternative explanation for the settlement, which might have predated and possibly prompted the substitution of masonry.  It might well have been that a post in the timber ground floor wall had rotted at the base causing the distress that was so apparent.

It is not simply a knowledge of history that is valuable it is approaching a building using historical imagination to build up a picture, as far as is possible, of the sequence of events that has led to the present condition of the building. Only in that way can you be sure that you will be treating the cause of the trouble and not merely addressing the symptoms. 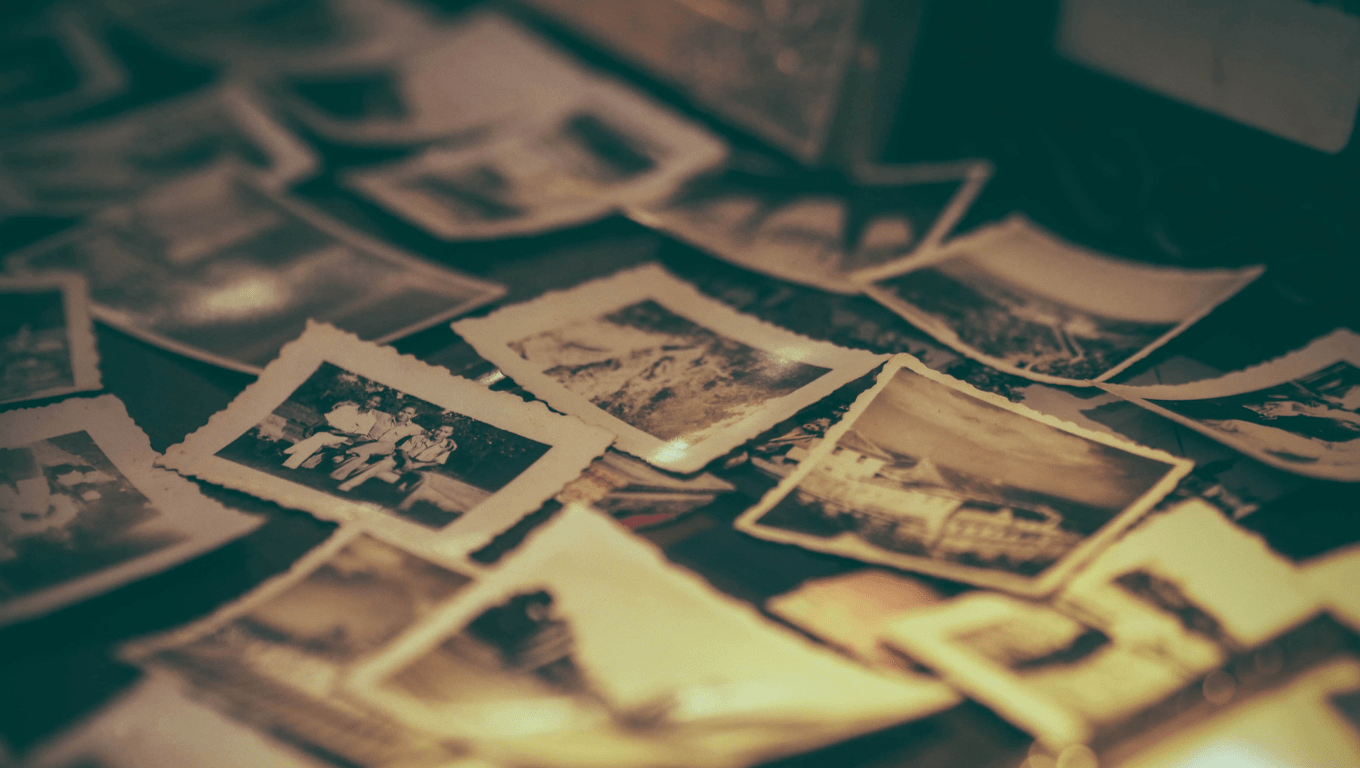 The case of Britain

In Britain we are fortunate in that there is a body of historical information to draw upon. There are historic books on building going back to the early part of the eighteenth century.  There are collections of drawings in such places as the RIBA Drawings Collection and the John Soane Museum.  There has been considerable scholarship on historic buildings and so the literature available from those studies both of vernacular buildings and what has come to be called polite architecture. In places where there is no such literature available one might have to resort to the same methods as that of the student physician, the study of cadavers, i.e. buildings in a state of dereliction or which are being demolished.

An example here will illustrate that. I was asked to advise on the conservation of an historic district in Istanbul, a city with many domestic buildings with oriel windows, some with rather excessive loads on them because of later modifications. These oriel windows in masonry buildings probably derive from the earlier timber frame tradition where such a device can easily be framed. In contrast it was difficult to know how the oriel of a brick masonry building was supported, especially with the weight of masonry involved. There were steel, or possibly wrought iron beams, cantilevered from the wall and clearly visible, but how were these cantilevers tailed down within the building? As it happened there was a derelict building within the district in which the floors had fallen out just leaving the steel beams and it was possible to see that they were fixed back to a transverse beam between the party walls. This use of a cadaver was necessary because, as far as I was aware, there was no history of this local vernacular construction. 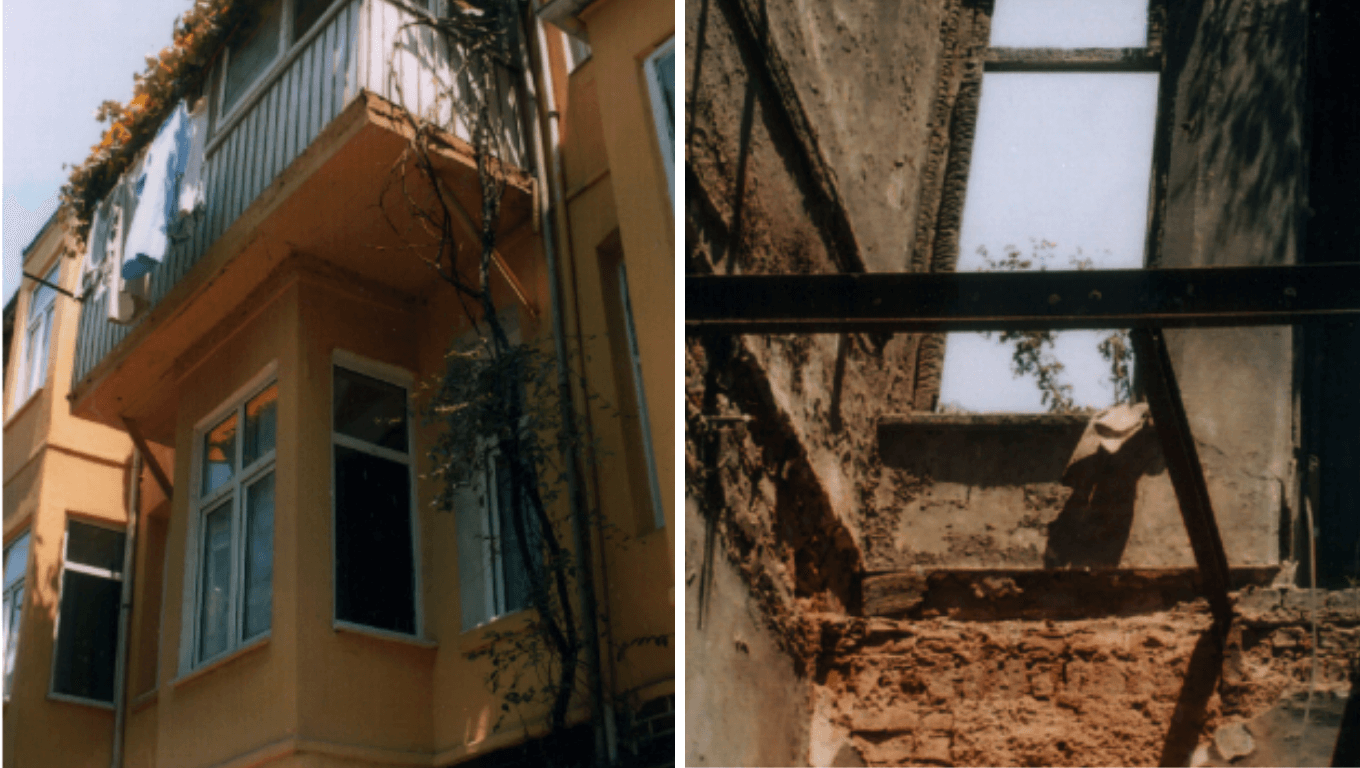 Knowledge of history is also important at the strategic level. What we are preserving is our cultural heritage and I take the view that structural design is an aspect of our culture. The structure of a roof may be just as important as a fragment of a wall painting in the building below. Often it is the engineer who will have some knowledge of that history and thus the historical significance of a particular structure. Those responsible for administering preservation legislation are often ignorant of such matters.  Of course, that can cut both ways. If a conservation officer is ignorant of the history he/she may want something preserved ‘just in case’. In one example I was consulted over the owner of a building wanted to reconstruct an attic to provide increased accommodation. The conservation officer wanted the original roof trusses retained although that would have seriously compromised the owners proposed alterations. An inspection of these nineteenth century trusses showed that they were poorly designed and of no historical value.

At the strategic level it might help the conservation engineer to understand the details of outmoded forms of construction. Oxford Road Railway Station in Manchester was listed as an historic building because of its novel form of construction. When a relisting exercise was subsequently carried out it was described as having a concrete shell structure.  It is difficult to explain such ignorance because it was actually built entirely of timber. The roof comprised three timber conoids supported on laminated timber arches (shown here under construction). A failure of the valley gutter let to decay of the timber and the structure became dangerous. Eventually the conoids were replaced but it was a shock to discover that they were being replaced by a structure of steel rafters with timber above and below to conceal them. Apparently the engineers believed it was not possible to replicate the original construction. That had been three layers of boarding fastened together. Could not what had been possible in the 1950s not have been replicated half a century later, or did the modern engineers not know how it had been originally built? I do not know the answer to that but I would certainly have attempted to replicate the original construction. 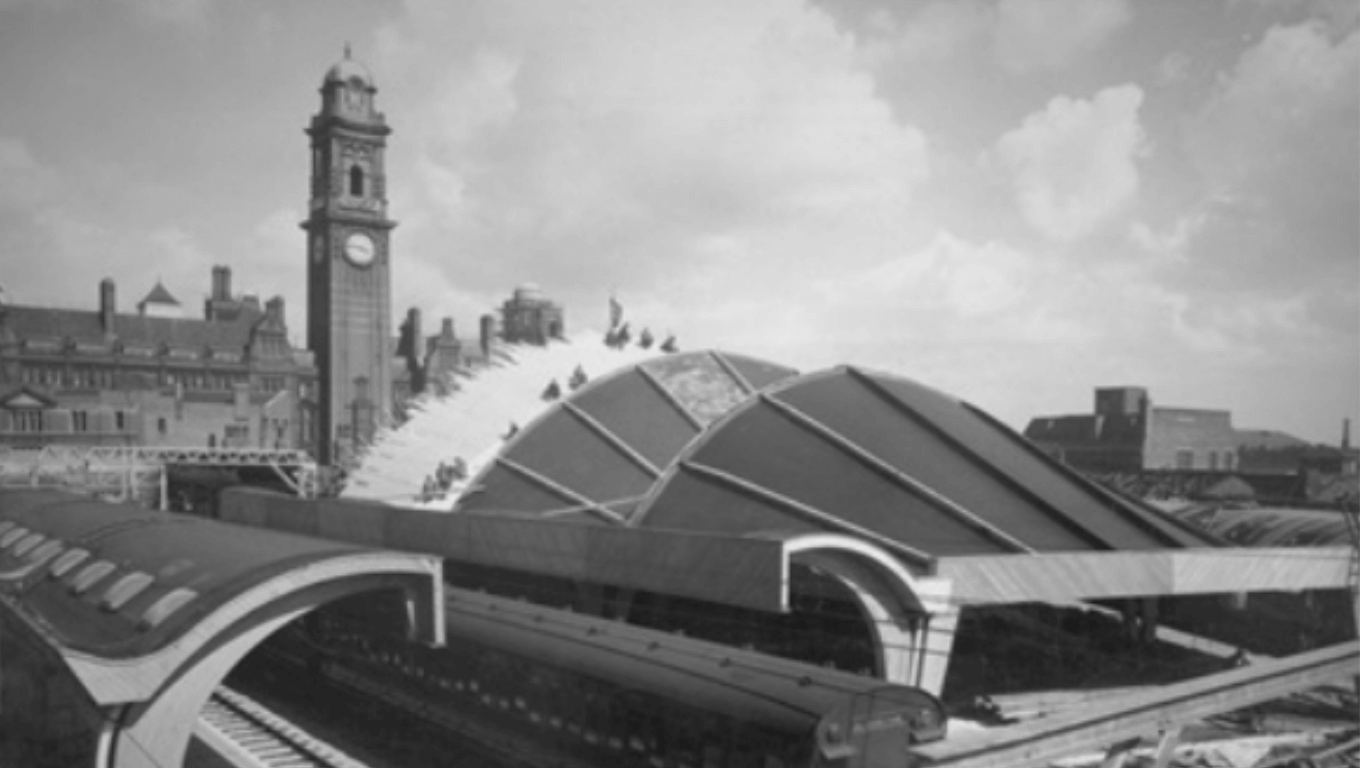 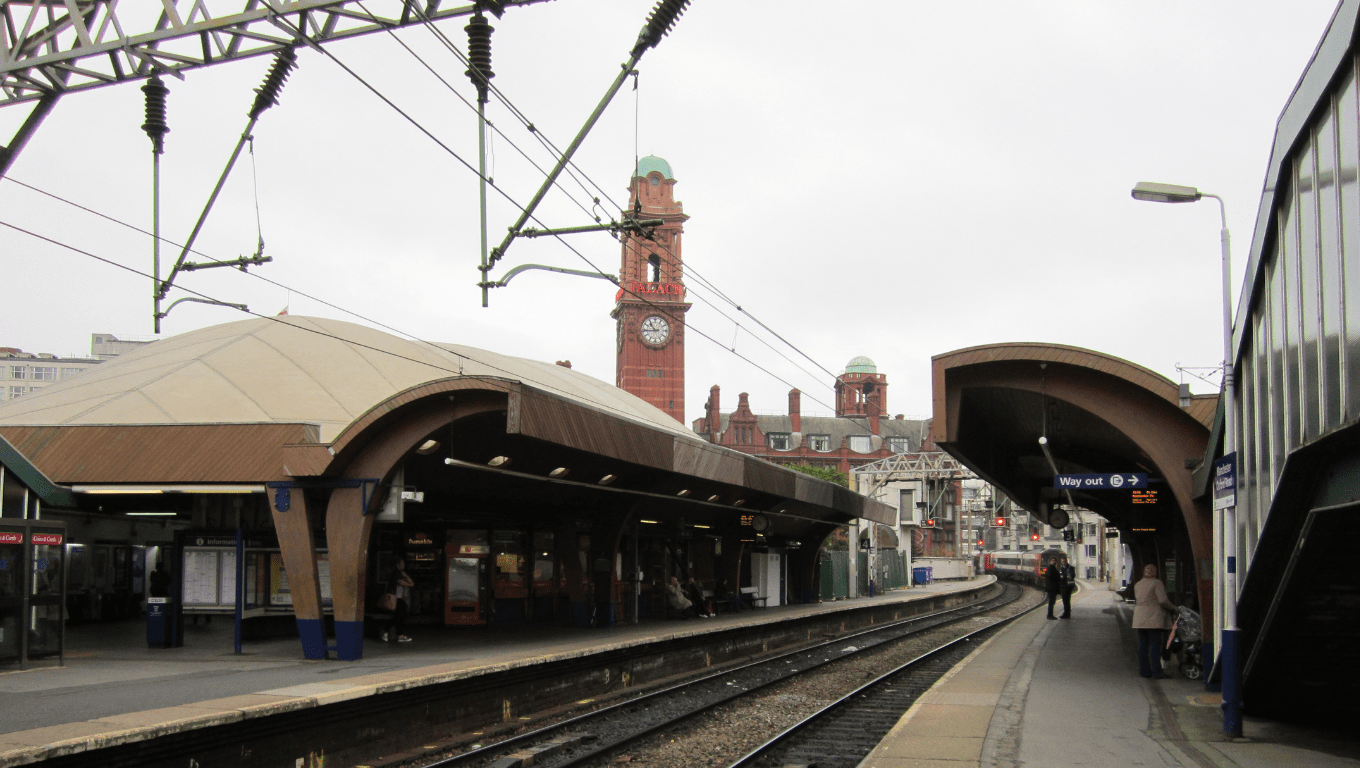